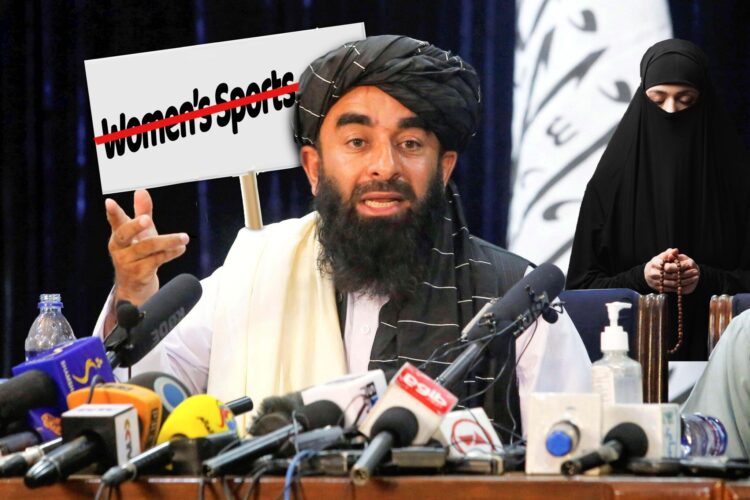 The Mideast Beast and some other news site

Much like a six-foot tall Army Special Forces soldier wrestling a lady, sports organizations around the world have been wrestling with the contentious issue of transgender athletes in women’s sports. Those opposed to the idea argue that differences in size, hormones, and bone density make it unsafe for transgender athletes and cisgender athletes to compete against one another. While other people argue that it’s okay for a woman to have her skull fractured by some dude who’s only been a chick for a few months.

Now, in a move that is sure to please everyone, Taliban leaders in Kabul have unveiled the world’s first truly fair and egalitarian policy on the issue. Deputy head of the Taliban’s cultural commission, Ahmadullah Wasiq, announced on Wednesday that both biological males and biological females will be banned from participating in women’s sports. This means individuals born with a penis and XY chromosomes, whose higher levels of testosterone give them a natural advantage in feats of athleticism, will not be allowed to compete on female sports teams. And neither will individuals born with a vagina and XX chromosomes, whose higher levels of estrogen give them a natural advantage in feats of cooking, texting, and shopping.

The Taliban’s win-win solution to the controversial debate will ensure that no one – man, woman, cisgender, or transgender – ever gets to compete in women’s sports. Progressive groups and transgender advocacy organizations will no doubt be thrilled that finally all athletes, regardless of gender identity, will be treated equally and that this divisive problem has been resolved.