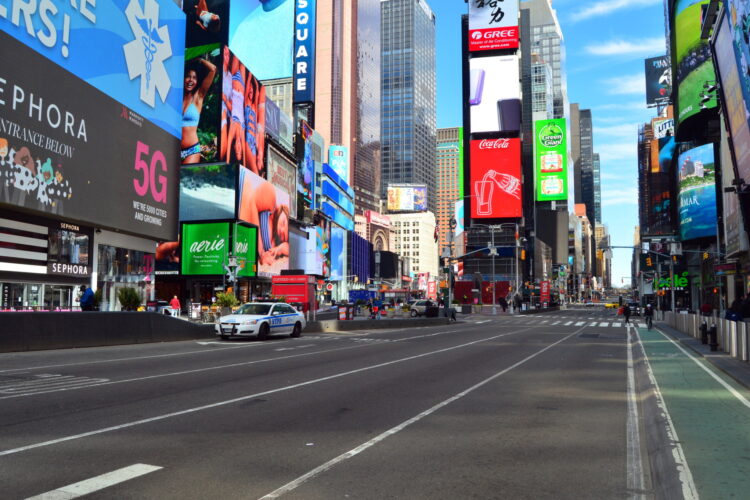 A slightly virus-phobic President Trump spoke to The Mideast Beast about New York after disinfecting his private phone five times during the seven-minute conversation.

“Believe me; nobody exports the coronavirus better than me. Instead of enforcing an expensive quarantine, America will profit from dumping New York City right into the ayatollah’s lap. No New York means no Democrat-driven election pandemic 2020.”

Trump admitted that some “tiny hurdles” still prevented the finalization of the controversial New York deal.

“I just need to convince New Yorkers that Iran’s regime shares their liberal views on women, minorities and LGBT rights. Unfortunately, Iran is slightly cash-strapped after some idiot at 1600 Pennsylvania Avenue froze all Iranian assets. If Ayatollah Khamenei sells his nuclear rice factories at Sotheby’s auction, Iran will also get California for free.”

Russian President Vladimir Putin has kindly offered to act as the selfless intermediary in the US-Iranian New York deal, merely charging a symbolic transaction fee amounting to the return of Alaska to Russia. As an extra fringe benefit, Russia announced that it would not interfere in the US election as long as Trump is re-elected.

Despite deep personal ties, Trump denied that he would miss New York City.

“Frankly, with the exception of Trump Tower and the Statue of Liberty that I am shipping to Mar-a-Lago, New York City is a corona-infested pain in the ass. If a future Iranian New York misbehaves, it might have to be contained with COVID-19-resistant drones.”