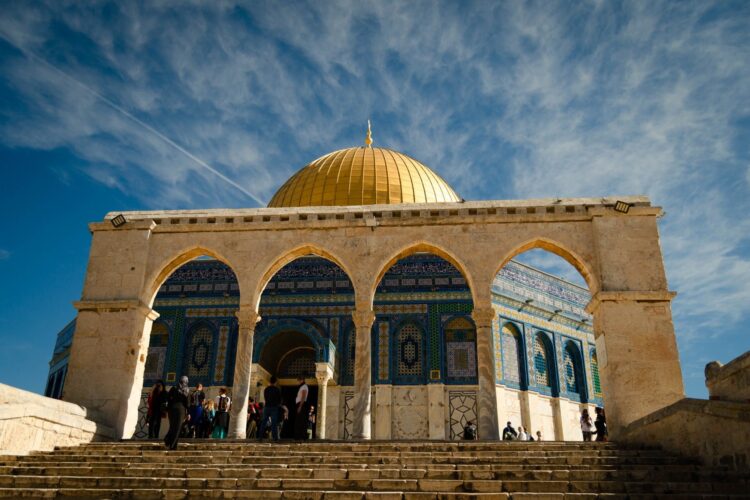 JERUSALEM — After three years of promising “the Deal of the Century”, Trump has revealed that his plan for Middle East peace centers around turning The Dome of the Rock shrine into a Trump Hotel.

The President made it clear during negotiations last week that it is not worth lifting a city out of a protracted conflict if he can’t profit from it personally. And, the Dome of The Rock is the perfect building for it because it’s already gold plated. Trump also asked, rhetorically, “what’s even the point of being free and independent if those Palestinian losers can’t golf on weekends?”

When asked to elaborate on the plan, professional ass kisser Jared Kushner said, “Yeah so Mohammed ascended into heaven from that spot. But, what if he ascended into a Royal Plaza suite?? Wouldn’t that be way better?”

The deal appeared to be picking up traction last week after Netanyahu was seen purchasing a room in advance, with the Israeli Left claiming it’s to store cigars and an industrial paper shredder. However, the initiative lost steam when it was flatly rejected by the Palestinian Authority who claimed, “not even the most hardcore of our diligent self-detonators would set one fucking foot in one of those gaudy fucking buildings”.

Due to this disagreement the deal is now collapsing like so many before, with Israeli negotiators noting: “This is so classic of the Palestinians. We give them a real chance at peace and they refuse to even give up the third holiest site in Islam. It’s just ridiculous. They’re impossible to work with.”