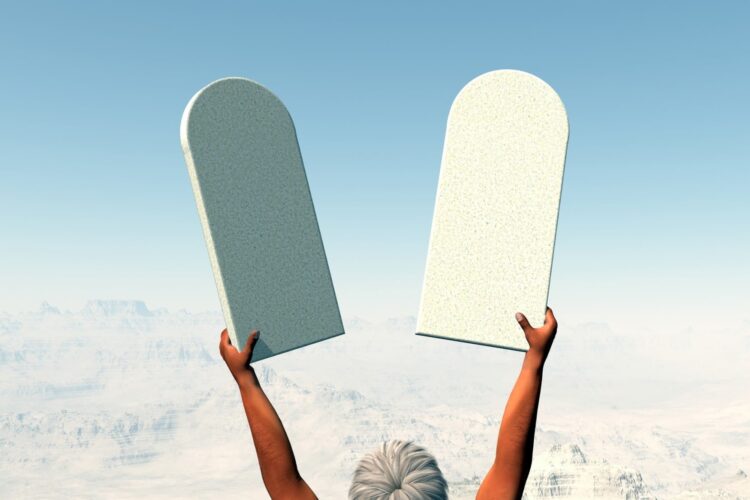 Coming off the heels of a cryptic tease about a “big announcement” earlier this week, Israeli archaeologists released an earth-shattering finding in Southern Israel. The apparent second half of what has up until now been called the Biblical “Ten Commandments.” Israeli archaeologist Ron Yisraeli told the media, “It turns out that there were actually twenty commandments given to Moses, and we had just misplaced the other half.” Billions of people all over the world profess to live their lives according to the famous Decalogue, but now it appears that they’ll have some more rules to follow. According to a press release, the new commandments are as follows:

XI:  Thou shalt not hate your fellow man

XII:   Thou shalt not keep other people as property

XIII: Thou shalt not harm children

XIV: Thou shalt not use religion as a weapon or motivation for war

XV:   All people are equal in the eyes of the Lord, and should be treated as thus

XVI: You shall despise violence as the Lord does

XVII: Thou shalt not destroy the world provided for all life in the world

XVIII: Thou shalt not rape

XIX:   The Lord hates no man or woman

This revelatory list has already begun an era of significant embarrassment for almost every religious group. The new injunctions seem to condemn a sizeable portion of religious history including the Crusades, Inquisition, recent attacks by Israeli religious fanatics, not to mention ISIS’ stroll through Iraq and Syria, among endless other instances. The Westboro Baptist Church has arranged to picket the cave where the ancient documents were found, missing the irony that their “God Hates Fags” slogan is now in direct conflict with commandment 19. Whether or not established religious institutions adapt to the new rules remains to be seen, and many who thought the original ten were lacking, predict that their adoption will herald in a new era of religious tolerance. Humanity shalt see.