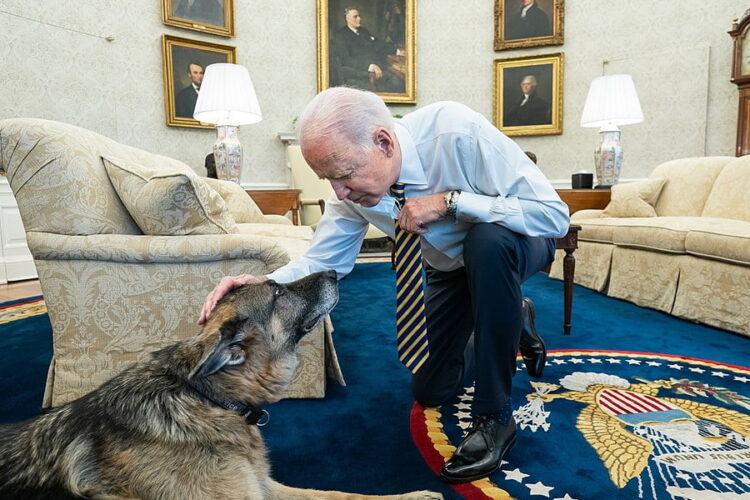 President Joe Biden’s three-year-old German Shepherd Champ has been sent to the Guantanamo Bay detention camp in Cuba after multiple attacks on Biden and his security team.

The move came after Champ had an “aggressive incident” in which he bit a member of the White House security staff. The attack came just months after Champ’s attack on the president left Biden with a fractured foot.

“When it was just one incident, we thought that it could have just been an accident,” Secret Service Director James Murray explained. “But it’s now clear that this is a sustained terrorist effort to take down Biden and his presidency.”

Senior officials that spoke with The Mideast Beast said that it remains unclear whether Champ is working for a foreign adversary.

“He could have been turned by ISIS, Iran, the Chinese or the Russians,” the official said, speaking on the condition of anonymity. “Or he could have been acting on his own initiative and looking to establish a dog-led government. We’re hoping the get these answers at Gitmo.”

As of press time, Champ had reportedly confessed to every accusation in exchange for four peanut butter-filled pretzels.