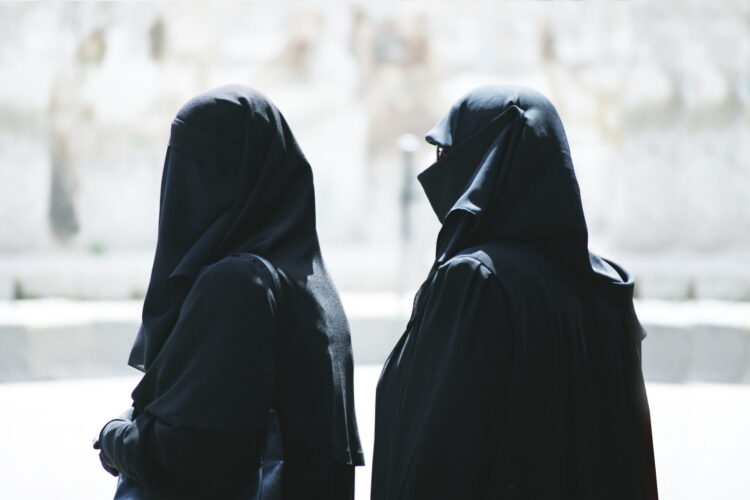 With the influx and influence of western female recruits pouring into ISIS held territory across a wide swath of Iraq and Syria to fight infidels and get laid, a radical fusion of thought and practice is challenging the Islamic State terror group’s views regarding the practice of Female Genital Mutilation also known as Female Circumcision.

Islamic State caliph Abu Bakr al-Baghdadi’s controversial ruling to ban the blade was quietly announced at a Raqqa, Syria mosque. After the decree was made public, a hot microphone picked up al-Baghdadi’s off-the-cuff comment and was translated by The Mideast Beast.

“This practice of ‘snip snip’ is a lot of camel dung. What the fuck were we thinking? Doesn’t make sense. It’s like cutting off your nose to spite your face, so to speak.”

The clitoris controversy has stirred up a hornet’s nest of resentment and outrage among local Syrian women, ISIS leaders, UN Human Rights groups and LBGT activists.

Pissed off Modesty Watch volunteer, Umm Mahmoodi, spoke candidly with The Mideast Beast.  “I sacrificed my pleasure bean at a young age for jihad. These bitches sacrifice nothing. They come with blue eyes and iPhones to pose alongside our brave martyrs. This is not fantasy role-playing at some renaissance festival in Ohio. This is straight-up jihad.”

Clitoral replacement surgery clinics are set to open within six months throughout the caliphate.