Breaking: “Racist Statue of Liberty” to be Dismantled, Returned to France 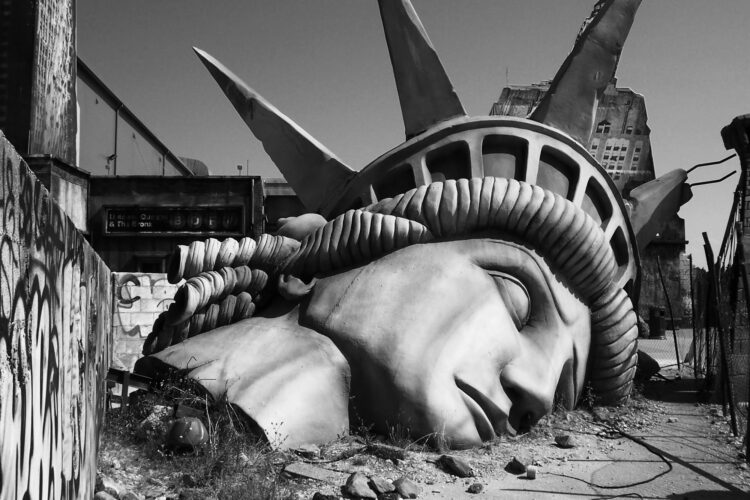 After facing mounting pressure from members of the organization ‘Suddenly Every Stone Offends Me’, New York City has decided to tear down and return “racist” Lady Liberty to France. The dramatic decision comes after numerous statues were vandalized recently in the US and Europe.

“Unbeknownst to most, the Statue of Liberty has always been a symbol of America’s white colonial legacy, a gift given by colonial France just to piss off colonial Britain. By its very stature, this giant piece of copper is obviously a supremacist in the way that she literally stares down at people in New York City without even considering whether it is including everyone equally in its condescending and undiversified glare. And why is she raising a weapon of fire rather than reaching out to offer a hug? It is impossible to live in this city without feeling hurt by its presence”, Louffah explained.

Returning the statue will be no easy feat for the moving company. A company spokesperson stated that “transporting that giant infidel bitch back to Paris will be our greatest business undertaking. Well, at least since moving Gaddafi’s decapitated statue to former Italian Prime Minister Berlusconi’s inclusive “It doesn’t matter if you’re a black or white stripper” Bunga Bunga reunion party.”

Khamenei Condemns Trump’s Human Rights Violations “Just to See How He Likes It!”

In a move that could be attributed to humanitarianism, but most likely stems from a ‘how’s it feel, asshole?!’ level of spite, Ayatollah Ali Khamenei of Iran has issued a statement condemning President Trump’s use of excessive force to quash peaceful protestors. “I just can’t believe,” he began condescendingly, “That in this day and age, a so-called democratic leader would...