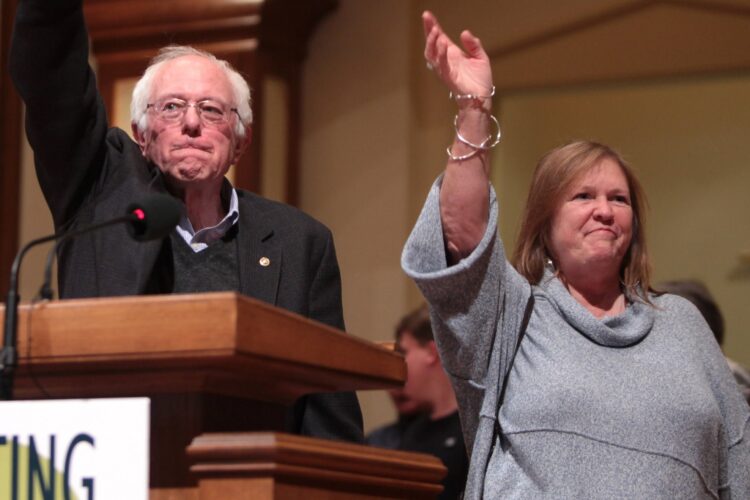 Bernie Sanders has dropped out of the Democratic presidential race, leaving Joe Biden as the presumptive Democratic candidate.

“While we are winning the ideological battle and while we are winning the support of so many young people and working people throughout the country, I have concluded that this battle for the Democratic nomination will not be successful. And that is why I have announced the suspension of my campaign” Sanders announced. “But it isn’t all bad news. I just got off the phone with Lebanon’s Prime Minister Hassan Diab and he agreed with my suggestion that Lebanon is ready to become the Soviet Union of the Middle East.  I am going there as soon as I can convince my wife that Beirut is lovelier than Vermont at this time of the year. We can’t really afford to be fussy at this point.

“I also have a back-up plan”, he added. “If the Lebanese turn out not to love my brand of socialism I have a standing invitation from Prime Minister Maeen Abdulmalik Saeed to make the Soviet Union great again in Yemen. That makes me feel confident that, one way or the other, my socialist heart will go on”.

The Mideast Beast asked Joe Biden how he felt about Sanders dropping out of the race. “Who is Bernie Sanders?” asked the presumptive Democratic candidate and proceeded to sniff the long hair of a passing female employee.