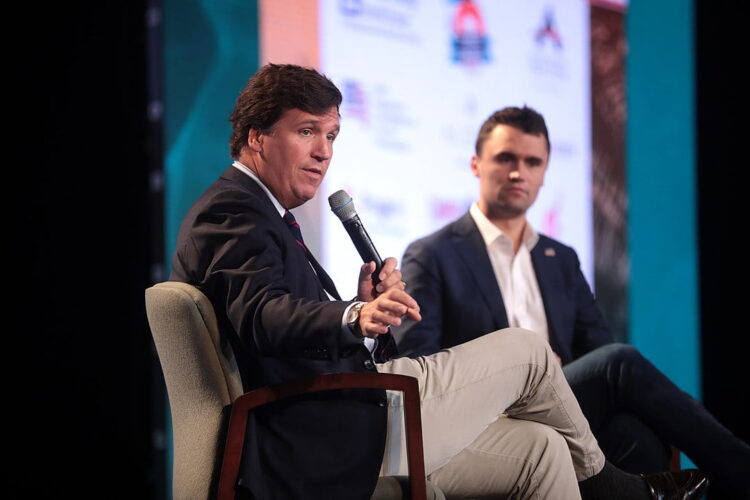 In the most dramatic shift in military strategy since 9/11, President Joe Biden has withdrawn all combat forces from the Middle East and stationed them outside the home of controversial Fox News host Tucker Carlson.

The redeployment marks an escalation between Biden’s regime and Carlson following remarks by the conservative host about women serving in the military. Secretary of Defense Lloyd Austin had previously called his remarks “revulsive” with a slew of other senior officials also attacking Carlson for his comments.

“Neutralizing Tucker Carlson and disrupting his ability to make offensive remarks on cable news is now our top, and frankly only, priority,” Lloyd said in a press conference late Thursday. “While war is always our last option, we will do whatever is necessary to make sure Americans are safe from Mr. Carlson’s words.”

President Biden, meanwhile, has been reaching out to military allies to build a “coalition of the willing” to mount an invasion of Carlson’s home in Washington D.C.

“Every nation, in every region, now has a decision to make,” Biden said in an address to the nation. “Either you are with us, or you are with the sexists.”