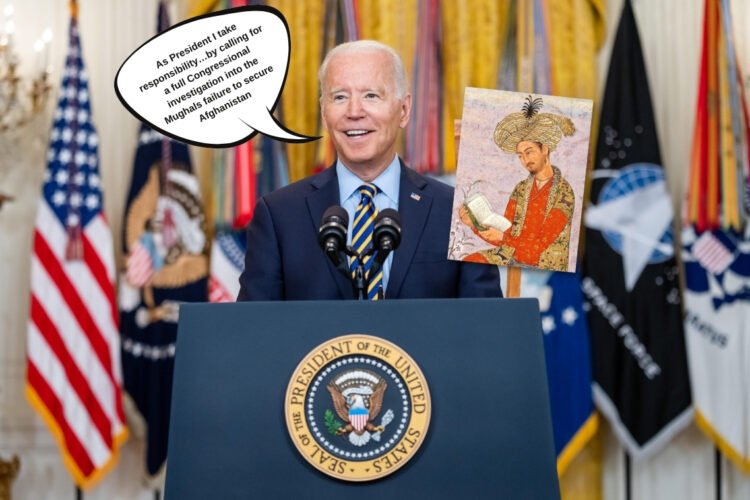 In his latest attempt to shift blame for the disastrous withdrawal from Kabul, President Biden claimed at a press conference on Friday that he never would have had to hand the Taliban a hundred Blackhawk helicopters and leave puppies behind on the tarmac had the founder of the Mughal Empire, Muhammad Babur, not attempted to intervene in rural Afghanistan in 1504.

“I inherited an impossible situation,” Biden angrily muttered, “If Mr. Babur had installed a more competent regional governor after the death of his uncle Ulugh Beg II, instead of trying to run the territory himself, I wouldn’t have handed over 22,000 Humvees, 16,000 pairs of night vision goggles, and a list of every American ally to our enemies.” According to Biden, it was the Mughals fault, along with their allies the Safavids and Uzbeks, that he had to abandon more than 100 American citizens in Afghanistan and could not safely evacuate the Afghan interpreter who rescued him in 2008.

Biden added that it was because Babur and his sister Khanzada Begum failed to quell rural insurgencies between 1515 and 1524, that his administration was unable to postpone the withdrawal deadline of August 31, 2021.

Biden has blamed several of his predecessors for his failures in Afghanistan. When asked by Fox News’s Peter Doocy, which of his predecessors deserve the most blame for the tragic events now unfolding, Biden replied, “Probably Trump the most, then Bush, then Muhammad Babur, and lastly Obama. Obama doesn’t deserve any blame at all.” 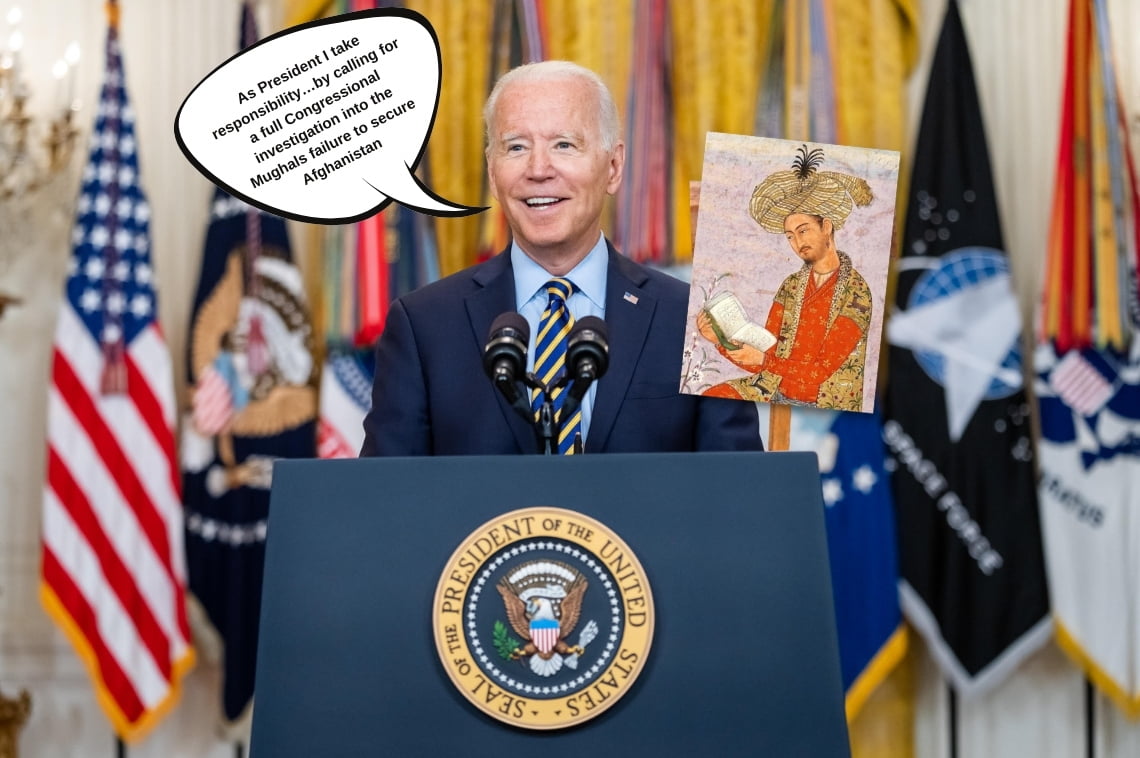