Biden and Putin Agree to “Make World Peaceful like the Mideast” 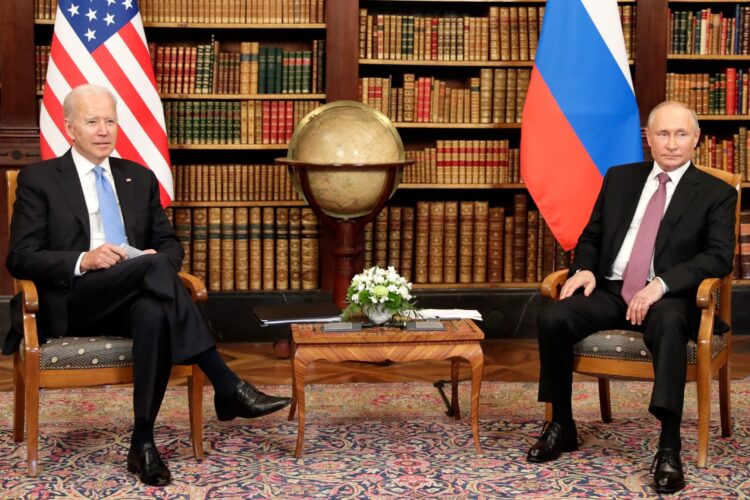 During the recent US-Russian summit in Geneva, US President Joe Biden and Russian President Vladimir Putin vowed to “make the world as peaceful as the Middle East.”

Biden spoke to The Mideast Beast about his meeting with the Russian leader in Switzerland.

“Folks, I had a constructive face-to-poker-face meeting with Russian Tzar Vladimir Stalin in Sweden. We agreed to make the world as peaceful and predictable as the Middle East. Just like Switzerland makes the world’s best chocolates and watches, the Middle East is a true inspiration for its long history of peace and stability. Folks in New York, Moscow, Norway and Disneyland deserve idyllic Syrian peace, Iranian progressivism, Yemeni stability, Afghan democracy, Saudi feminism, Gazan pacifism, and Israeli political harmony.

Biden admitted that there were still diplomatic hurdles between Washington and Moscow.

“Look, I love Mexican take-way food but that doesn’t mean that I can just take Mexico. Since I know how much Putin loves Ukrainian cuisine, I recommended him a great Ukrainian New York restaurant, far better than any Crimean food shack.

Putin told The Mideast Beast about the renaissance in Russian-US cybersecurity cooperation.

“Since the occasionally absent-minded US president is busy with crucial issues of our time, such as transgender toilets, white poodle privilege, and being so close to a two-state solution agreement in the Mideast, I offered up the most trust-worthy countries to help out the U.S.”

“Mother Russia, China, Iran and North Korea can easily manage the petty task of securing US nuclear codes. Since we are America’s best friends, naturally we’d do it pro bono.”