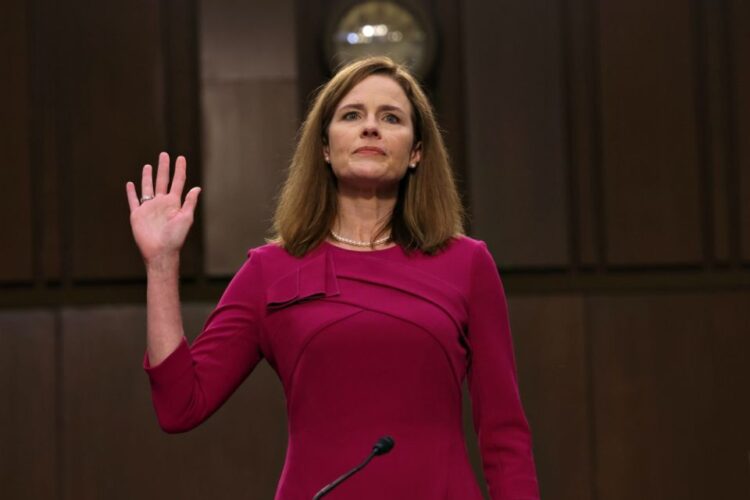 Wasting no time in implementing her vision of an all-powerful theocracy, newly confirmed Supreme Court Justice Amy Coney Barrett has boarded a red-eye flight to the Middle East to meet with the leaders of ISIS and the Islamic Republic of Iran for advice on imposing her religion on her subjects.

Barrett will first fly to Tehran, where she will visit Ayatollah Ali Khamenei. The two religious scholars are set to discuss the importance of basing the application of law strictly on Bronze and Iron Age religious texts, with the Supreme Leader advising on ways to enforce the most draconian interpretation of their faith on a largely secular public. She will then fly to Syria to dine with ISIS leader Abu Ibrahim al-Hashimi al-Qurashi, who will provide recommendations on suitable punishments for non-believers and those who resist religious authoritarian rule.

“From the moment I assume the seat on the Supreme Court, I promise to work to establish God’s kingdom on earth and to show no mercy to those who resist,” Barrett said during her swearing in. “Mr. Khamenei and ISIS have done that successfully, and we have a lot to learn from them.”

As of press time, Senator Dianne Feinstein is on route to northern Syria to train with Kurdish Peshmerga forces on resisting religious rule.