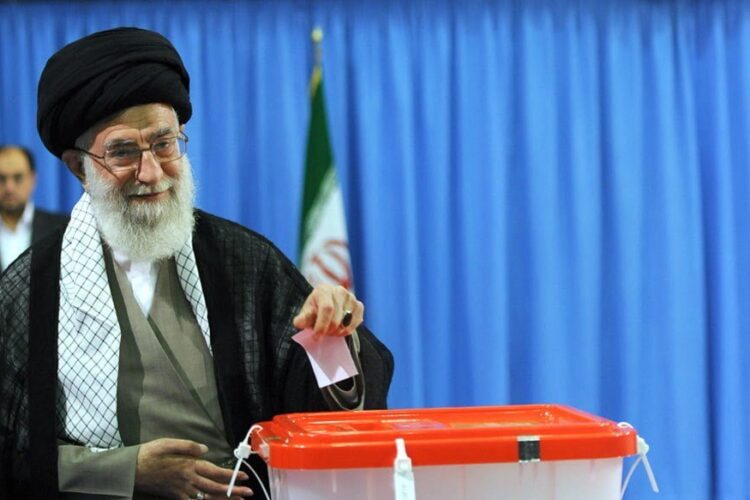 Ayatollah Khamenei’s Jewish roots were recently exposed and Iran’s supreme leader is now reportedly considering “wiping myself off the map.” The explosive news comes at a time when Iran’s regime is fighting an uphill battle to suppress the true number of Iranian COVID-19 fatalities.

The devastated Khamenei spoke to The Mideast Beast after being boycotted by Rashida Tlaib, John Cusack, the New York Times and the Daily Stormer.

“As a respectable Jihadist Dr. Jekyll, I’m shocked that the big-nosed icky Yid Mr. Hyde has been illegally annexing my body from within.”

Khamenei ordered his regime to place him inside the notorious Evin prison, Iran’s equivalent to Hard Rock Café but without music, food or alcohol.

Genealogists have traced Khamenei’s roots to a sect consisting of prominent post-Jewish Judeo-sceptics such as Karl Marx, George Soros and Bernie Sanders.

Meanwhile, Israeli government spokesperson Uzi Cohen expressed concerns. “If Khamenei’s nasty Jewish spirit is in danger, Israel has a duty to save the poor decaying devil even if it is trapped inside a genocidal despotic madman’s body.”

Cohen stressed the importance of bringing “Jewish Khamenei” to Israel.

“If Israel had only opened its doors to nice Jewish boys and girls, there would have been no Israel in the first place. Since Israel’s goal is to out-populate the Arabs, quantity is more important than quality. Apart from IDF officers and high tech entrepreneurs, Israel also needs unemployable yeshiva boys, obnoxious El Al staff, fraudsters, bank robbers, prostitutes and occasional mass murderers like Khamenei.”