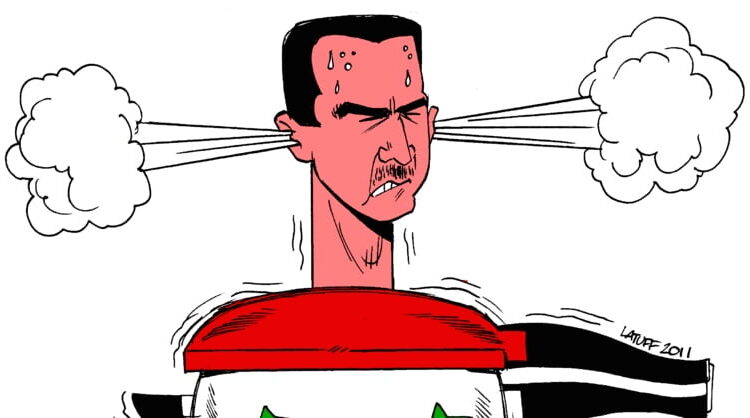 Assad in a pressure cooker, By Carlos Latuff (http://twitpic.com/4oznmr), via Wikimedia Commons

In a wide-ranging interview with The Mideast Beast, Syrian President Bashar al-Assad admitted that he likely ‘overcompensates’ for his father Hafez Assad’s opinion that he wasn’t up to succeeding in the family business. “My father was a very competitive man. Self made. Really liked to murder people with his own hands. So you can imagine what that was like growing up: everyday he’s talking about our neighbor’s kids’ accomplishments. ‘Did you hear Qusay’s crushed another rebellion?’ Or ‘Uday made those athletes swim in sewage before having them raped to death by sex crazed gorillas. Saddam must be so proud!’ When I told him I was going to be a doctor, a healer, it almost broke him.”

Banished to London in humiliation, Bashar became an ophthalmologist. He only returned to Syria and the family business after his older brother’s death in an auto accident. From the beginning, his father made his expectations clear. “If someone questioned a decision, I should save time and kill them. If they looked like they might question a decision, I should kill them. And if someone’s brother looked like he might question…well you get the idea.”

Bashar admits he might well have taken these lessons too much to heart. “Sure the world thinks I should stop. But once you’ve gotten hooked on mass murder, it is a really hard. A few years ago, I quit smoking. My wife worried for my health. Quitting a pack a day almost killed me. Compared to giving up murdering people by the tens of thousands? Jesus!  Besides, I can’t even find a decent treatment program. And Dr. Phil won’t return my calls. Just wait till I get my hands on him….” 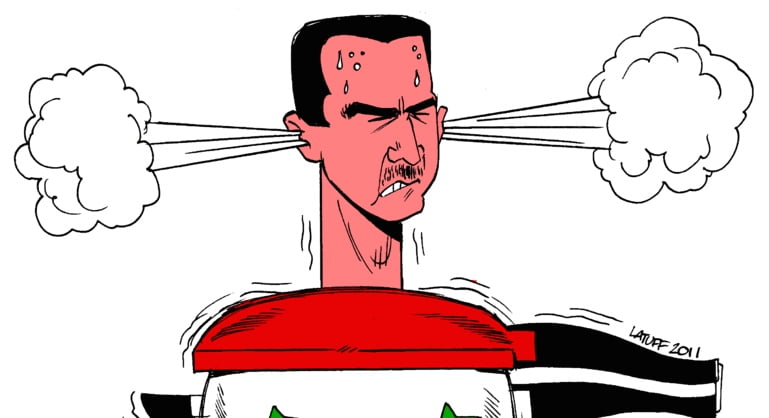