Armenia, Azerbaijan Agree to Truce After Kendall Jenner Shows Up with Pepsi 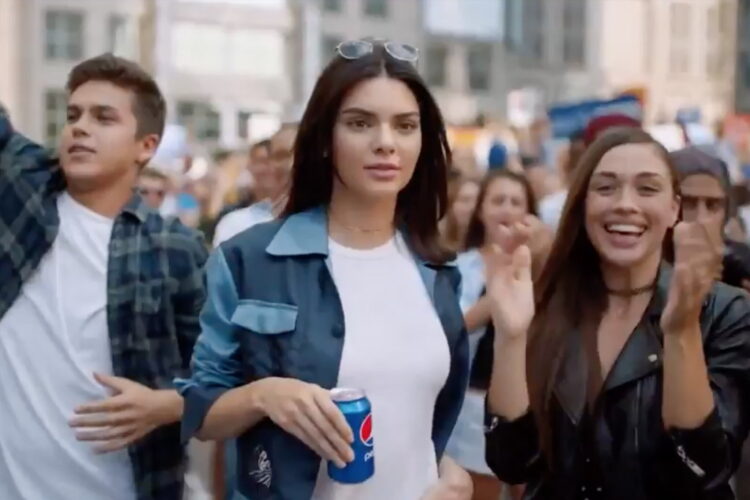 Image from Time in "Why the Kendall Jenner Pepsi Ad Was Such a Glaring Misstep," at https://bit.ly/3kuumbP

A truce has been reached in the conflict over Nagorno-Karabakh, as both Armenia and Azerbaijan agreed to a ceasefire after reality television star Kendall Jenner arrived at the battlefield with Pepsi.

Armenian and Azerbaijani troops were lined up across from each other on the battlefield, with each country’s forces waiting for the other to fire the first shot. But seconds before a likely outburst of bloodshed, the 24-year-old Keeping Up with the Kardashians star appeared before Azerbaijani Major General Polad Hashimov and offered him a can of Pepsi.

“I was really looking forward to just massacring every Armenian soldier, woman, and child I could find, until Kendall showed up out of nowhere and brought me an ice cold Pepsi cola,” Hashimov told The Mideast Beast. “If she is Armenian, then they can’t all be bad.”

Soldiers from both nations then met to celebrate Kendall’s appearance, with Armenians and Azerbaijanis each enjoying several PepsiCo beverages.

As of press time, a furious Turkish President Recep Tayyip Erdogan has begun jailing anyone found drinking Pepsi in his country.