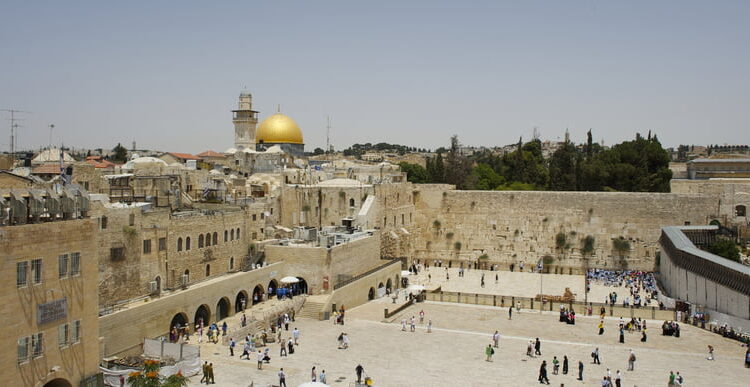 Archaeologists working near the Temple Mount in Jerusalem have discovered remarkably well-preserved ruins that appear to predate both Jewish and Arab Muslim and Arab Christian settlements in the region.  Unable to immediately identify the origin of the structures, the diggers from the Israeli Department of Antiquities are presently focused on determining the functions that may have been performed at the site, estimated to be more than 25,000 years old.

Sources say the find consists of a “large space with multiple entrances and exits, with remnants of primitive stone shelving (perhaps ceremonial in use).  The main space features a long counter that might have facilitated some form of commerce. Along one wall, there is a bank of fountain nozzles hewn directly from the stone.”

RELATED: “Oh good, some more religion to fight over“

The digs location is at an important intersection of major highways with excellent access from all directions.  There is evidence of what appears to be a number of crude feeding stations arrayed in orderly lines to the front of the newly unearthed main structure. The unearthers commented on a sudden unexplained desire for lottery tickets, a slurpee, and a couple of 40s.

Local scholars are stumped as to the exact purpose of the ancient facility, but all agree that it was “easy to get in and out quickly with exactly what they needed.”

Representatives of the Palestinian Authority have claimed the site as their own, and Sweden has, once again, recognized it as Palestine. The Israelis, no stranger to land disputes, just stuck some tanks and a few battalions around the site, with one commander commenting, “you sure that’s yours?”