AOC: Suicide Bombers Should Blow Themselves up Rather Than Go Back to Work 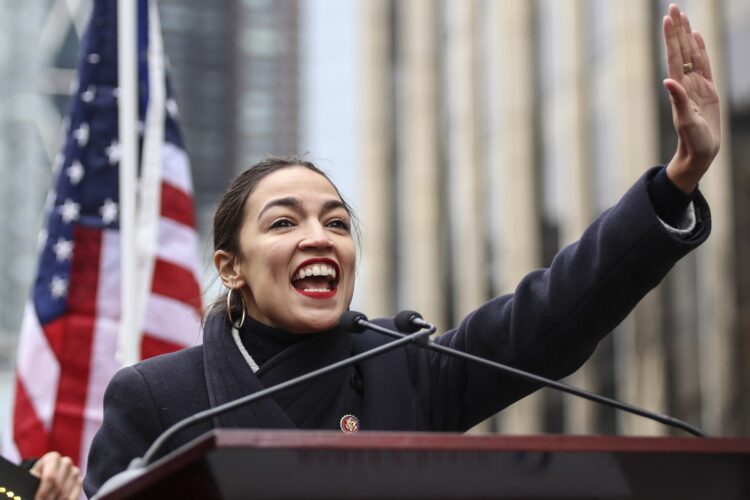 Alexandria Ocasio-Cortez (AOC) has told The Mideast Beast that suicide bombers should not accept a reopening of the economy and instead blow themselves up in protest.

“We have this discussion about ‘going back’ or ‘reopening’ — I think a lot of people should just say, ‘No, we’re not going back to that. We’re not going back to working 70-hour weeks just so we can put food on the table and not feel any sort of semblance of security in our lives,” Ocasio-Cortez  said.

Flailing her arms like Tube man, she continued her diatribe, “There is nothing liberating, you know, about going back to work and I think that this is where suicide bombers can play an important role. They should seize this opportunity to just blow themselves up in protest of this toxic oppressive capitalist notion of, like, you know, jobs. Perhaps that will make some people think twice”.

The Chairman of the International Federation of Suicide Bombers, Mahlouf Abu-Jihad did not appreciate AOC’s suggestion.

“Ms. Ocasio-Cortez appears to have misunderstood the nature of our work and in the process, she has completely minimized its importance. Suicide bombers are driven by great passion and occasionally, eh, some coercion, but we deserve respect for our unique contributions to world civilization. What she is suggesting is that we should waste our most valuable resources on protesting a reopening of the economy, which quite frankly, we think is a bloody good idea. We have literally had very little work come our way lately”.