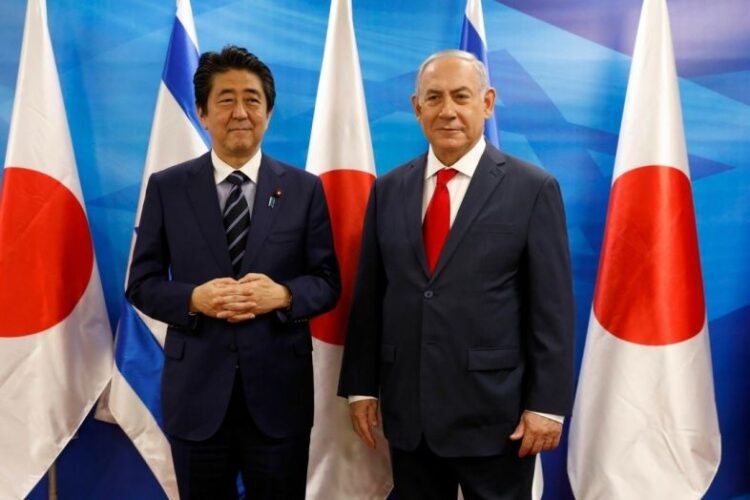 With the international community up in arms over the death count in Gaza, Japanese Prime Minister Shinzo Abe has issued a statement reminding Israel that he has not forgiven its leader for serving dessert in a shoe during a state dinner.

“It is distasteful in our culture to wear shoes in the house, and to place one on the dinner table is simply appalling,” Abe said during a UN debate over Israel’s use of force against Palestinians trying to breach the border fence. “While this discussion over the 60 dead and hundreds injured is necessary, let it not distract our focus from addressing what was a serious breach of culinary etiquette.”

The controversy arose when Abe and his wife were served an elaborate dessert in a cast metal shoe during a May 2 state visit, offending the Japanese delegation. While most of the world turned its attention to events in Gaza, Abe said he would only vote for a UN resolution condemning Israel’s actions if a reference to the bad-mannered dining experience was included.

“We hereby resolve that Israel is an apartheid state that massacres children, destroys Muslim holy sites, shows blatant disregard for universal cultural taboos regarding the use of footwear in its cuisine, and cooks with the blood of Christians,” a motion passed 45-2 by the UN Human Rights Council stated, with the United States and Micronesia the only dissenters.