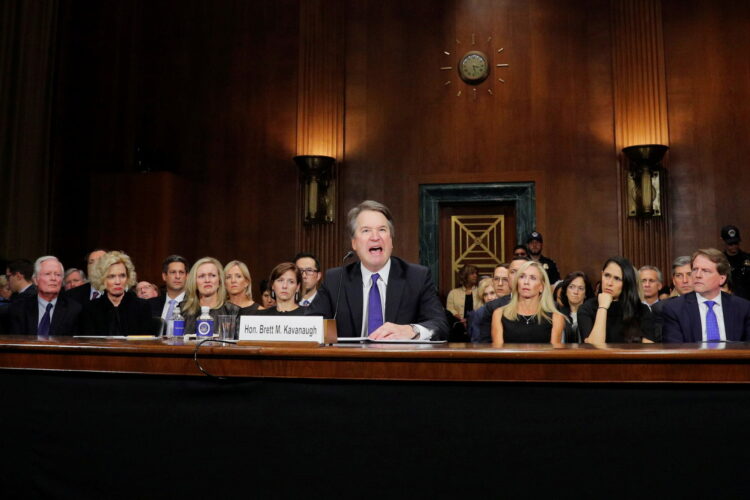 Image from TIME at http://time.com/5408177/brett-kavanaugh-christine-blasey-ford-testimony/

After more women have come forth with allegations of sexual assault and misconduct against Brett Kavanaugh, Trump has doubled down, defending him. On Wednesday, he issued this statement to a baffled room full of reporters.

This has sparked outrage among the Tusken Raider or ‘Sand People’ fan community, who claim Anakin was responsible for slaughtering younglings on the dessert planet of Tatooine. Progressives have been quick to point out that Anakin owned multiple service droids and was complicit in the genocide on Alderaan, when the entire planet was destroyed.

Trump’s lack of awareness about such issues has led many to question whether or not he’s even seen the films.  When asked which Start Wars film his favorite was, he responded, “I’ve seen ‘em all, and they’re all the best. Did you see me in Home Alone 2? That was great.”