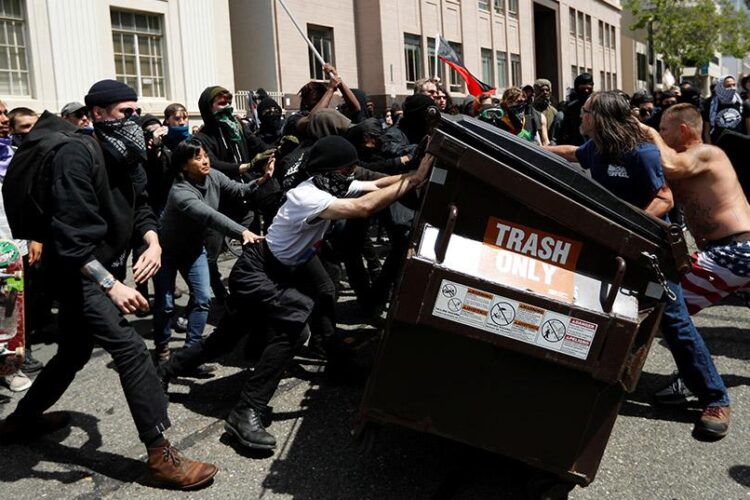 Image from National Review in "Gangs of Berkeley" at http://bit.ly/2vz6bjh

Saying that the radical leftist group had emulated both its look and political views without authorization, al-Qaeda announced that it is filing a lawsuit against the American “antifa” organization.

“Listen, we were doing the whole ‘dress in black, cover your face and run around screaming about hating America’ thing 20 years ago,” Ayman al-Zawahiri, al-Qaeda’s leader, told The Mideast Beast. “Then out of nowhere, these antifa jackasses come out with the exact same routine and act like they invented it.”

Zawahiri added, “Listen, I think that it is great that they are taking on our mantle and attacking innocent journalists and civilians for believing in free speech. But they should be paying us royalties!”

As of press time, antifa reportedly faced further legal action, as the Taliban accused the group of stealing its idea of destroying ancient statues.