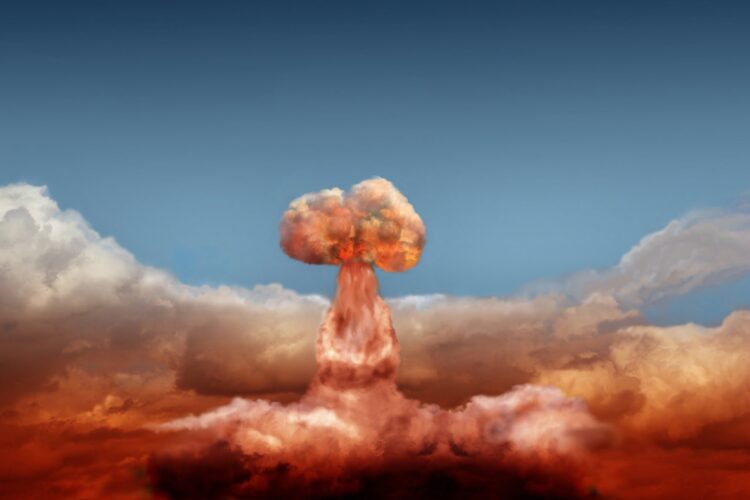 In the wake of North Korea’s claim that it detonated its first hydrogen bomb, Jews around the world are witnessing the inevitable onslaught of friends’ social media posts frantically comparing the events in the isolated Asian dictatorship to the recent nuclear deal with the Islamic Republic of Iran.

“Here it comes,” said Benjamin Steinblum, 20, of Long Island, as he scrolled through his Facebook feed and saw the usual multitude of engagement announcements replaced by reams of articles and posts about North Korea from friends all over the tri-state area. “Look at these headlines and statuses: ‘Nuclear Expert: Only a Matter of Time before Iran Tests an H-Bomb of Its Own,’ ‘Obama, you genocide-enabling fool – stop playing nice with mass murderers!’ and ‘Where’s Reagan when you need him? Hurry the f**k up and bomb, bomb, bomb Iran before it’s too late…’”

“Of course Washington needs to wake up!” echoed Arthur Witz, 28, of Beverly Hills, who posted one of the articles Steinblum had to laboriously scroll past to get to his usual content of baby pictures. “They think Iran isn’t looking at this and thinking, ‘Well if those North Korean Neanderthals can do, it so can we genius Iranians!'” he said. ” Of course they are! When will the West quit deluding itself and realize the only way to stop a nuclear Iran is through force, not inking defeatist deals with the devil?”

34-year-old Hannah Singer of Miami, who slept through the news that North Korea had allegedly successfully detonated one of the deadliest weapons known to humanity, said she was surprised to wake up the following morning and find her social media filled with actual news. “I mean, usually I try to avoid this stuff,” she told the Mideast Beast. “I prefer videos of Japanese women rolling around in chocolate syrup. But now all my friends are posting that if I don’t support Israel and take action against Iran because of what North Korea did, then we’ll have a second Holocaust on our hands.”

Feeding the panic was none other than Israeli Prime Minister Benjamin Netanyahu, who, in a widely shared Facebook post, wrote: “Today it’s North Korea testing atomic weapons – and next it will be the Islamo-fascists in Tehran. Instead of crying tears over a couple of gun deaths, it’s time for President Obama to grow some balls and prevent the genocide of another six million Jews!”