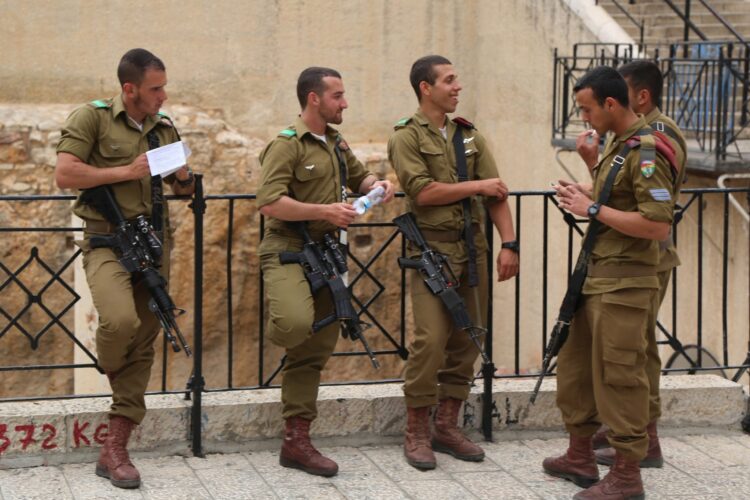 In another courageous protest against the occupation less than a year ago, a third group of Jewish activists has left its free Birthright trip to take a stand against the lack of hot Israeli soldiers on their tour bus.

“We came to Israel on Birthright to get a complete and accurate picture of our ancestral homeland by having sex with muscular, tan special forces commanders, but instead we got stuck with two skinny privates and some guy in the IDF’s IT department,” Sarah Greenstein, a 22-year-old participant from New Jersey, told The Mideast Beast. “Maybe Itai designed Stuxnet or something, but like, I did not spend ten hours on a plane to fuck these nerds.”

By the second day of ice-breakers, a group of four females and one male participant had overcome their fears and announced that they were getting off the trip for a fuller picture of the country. They boarded a bus for Tel Aviv, where they spent a week hooking up with guys they met on the beach and at various clubs.

Their decision to leave the tour drew pushback from the rest of the tour’s participants.

“Those Ars’im will give you an STD and never call you again!” one tour guide yelled at Greenstein as she exited the bus.

But for the courageous few who dared to go beyond Birthright’s borders, it was this risk that made the fully-paid trip worthwhile.

“A lot of people think that Israel is just about hiking, beaches, and sad Holocaust stuff,” one renegade participant said. “But to me, it is impossible to appreciate all this beauty knowing there’s a 19-year-old Middle Easterner with a wispy beard I could be having sex with.”