ACLU Calls for End to ‘Not Guilty’ Verdicts 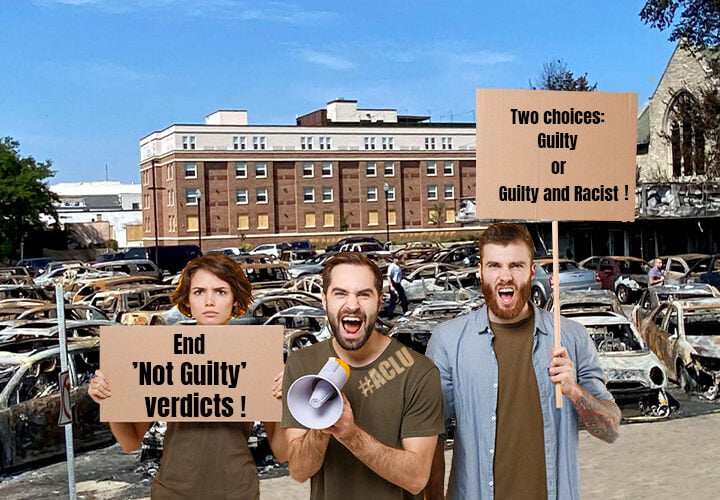 Calling the outcome a “tool of white supremacy and oppression,” the American Civil Liberties Union has called for an end to verdicts of “not guilty” in criminal trials.

The ACLU’s statement came following the acquittal of Kyle Rittenhouse, who shot three men during a riot in Kenosha, Wisconsin last summer. The ACLU said that the trial had exposed a fatal flaw of the criminal justice system: that a jury or judge can simply declare that a defendant is “not guilty” and allow them to go free.

“The founders of the United States have left a fatal white supremacist loophole in our legal system that allows thousands of suspected criminals to walk free even if millions of active Twitter users really, really don’t like them,” ACLU executive director Shaadie Ali said in a statement. “When a man can escape justice despite thousands of angry tweets and Facebook posts against him just because a jury declares him ‘innocent,’ we are in desperate need for reform.”

Brandon Buskey, who leads the ACLU’s Criminal Law Reform Project, said that the group will begin pushing for what it called the “Rittenhouse Amendment” to the US Constitution. This would allow juries to choose between two verdicts in criminal cases: guilty, or guilty and racist.

“We cannot allow people like Rittenhouse to use their so-called ‘civil liberties’ to avoid going to prison,” Buskey said. “If you are accused of a crime, the authorities should be able to lock you up and throw away the key regardless of what some jury of your peers thinks.”

In addition to the Rittenhouse Amendment, the ACLU has proposed another constitutional amendment that would see a person automatically thrown in jail if a tweet calling them a “white supremacist” receives over 500 retweets.