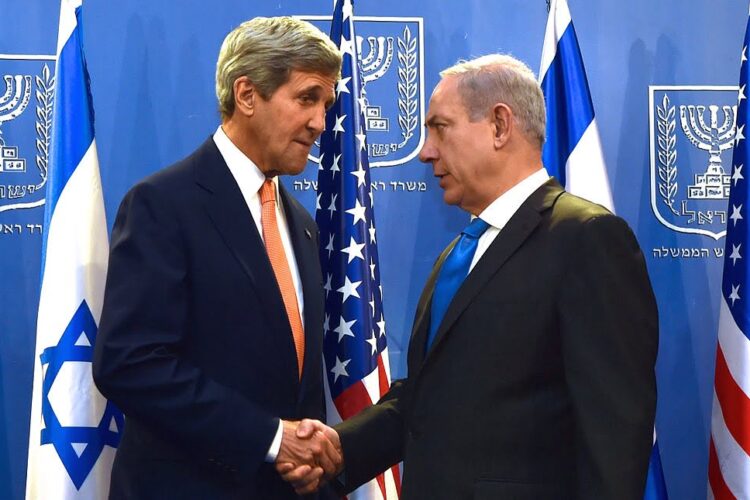 By U.S. Department of State [Public domain], via Wikimedia Commons

Israeli Prime Minister Benjamin Netanyahu has acquiesced to a request from the Obama administration that his March 3 speech to Congress be broadcast with a 30-second delay.

White House Assistant Press Secretary C. Robert Smiley said on Thursday “We do not intend to censor Prime Minister Netanyahu’s address, so long as he refrains from articulating certain words and expressions that we believe could impede our ongoing negotiations with the Iranian government during this particularly sensitive period.”

Asked to reveal which terms would activate the delay button, Smiley noted, “The full list is comprised of about 100 phrases. I have been authorized by the White House to publicize 10 of these: ‘nuclear-armed’; ‘nuclear weapons program’; ‘dismantle’; ‘terrorism’; ‘centrifuge’; ‘uranium’; ‘ICBM’; ‘red line’; ‘sanctions’; ‘anti-Semitic.'”

The White House Assistant Press Secretary asserted that the speechgate controversy is not being fuelled by personal animosity between Obama and Netanyahu. “The President has the deepest respect for Prime Minister Netanyahu. He even keeps an autographed picture of the Israeli leader above his bed. And no, that picture is not used as a dart board by the President and White House staffers.”

While Netanyahu has agreed to have his Congressional address monitored by the White House, several senior Israeli government sources claim that the Israeli Premier will try to beat the censor by uttering the banned words quickly and in French.