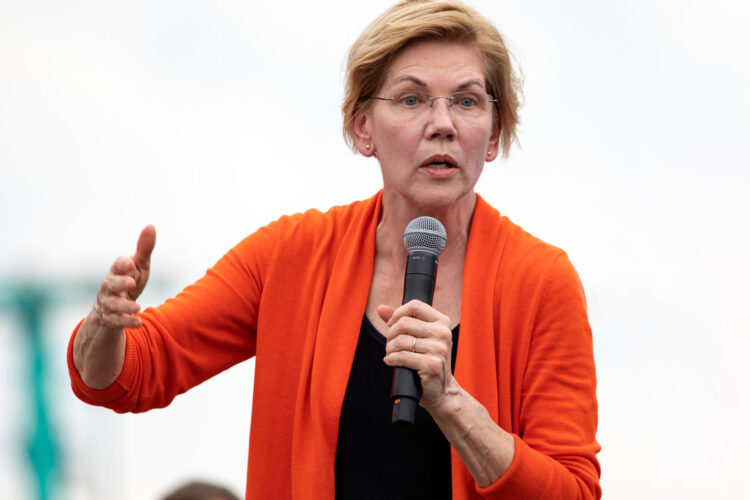 As the feud between the two democratic presidential candidates escalates, Senator Elizabeth Warren now claims that Senator Bernie Sanders offered her a smallpox-infected blanket in an effort to push her out of the race.

Warren’s allegation comes a day after she told reporters that Sanders privately told her that a woman could not win the presidency, a charge Sanders denies. Reached by The Mideast Beast, Warren said that Sanders also told her that Americans would never accept a Cherokee as their commander-in-chief.

“I told him, Bernie, I believe that I am the right person to unite the Democratic Party and beat Donald Trump,” Warren recalled. “And he said, ‘White man very smart, must be chief. Red woman only good for hunt and build tepee.’ I was really taken aback.”

Sanders then handed Warren a blanket, telling her, “sleep with this tonight. Problem will solve itself.”

For his part, Sanders denied having such a conversation and said he only gave her the blanket because “women tend to get cold very easily, which is why we probably shouldn’t put one in the White House.”

Israel Joins World in Commemorating Attack It Carried Out

Yesterday, Israeli agents joined the world in commemorating the attacks on September 11, 2001. “I can’t believe it’s been 18 years since we managed to pull off one of the greatest terror attacks in history,” one now-retired Mossad agent told The Mideast Beast. “I remember how difficult it was for us to not only call but ensure that 4,000 Jews...

Stating that the president has “basically impeached himself,” House Speaker Nancy Pelosi has opened an impeachment inquiry after President Donald Trump was seen eating falafel with ketchup. The controversy erupted when video was leaked by a whistleblower showing Trump unwrapping a falafel pita, tossing a side of tahini into the trash can and retrieving several ketchup packets from his desk...

Billing it as the biggest “fuck you” of the century, Kurdish president Nechirvan Barzani announced that all Kurds will take part in a mass suicide parade to be held outside some U.S. Morning Show over the weekend. “In response to Trump abandoning us, all Kurds are advised to kill themselves and their children publicly this Saturday, just to double check...