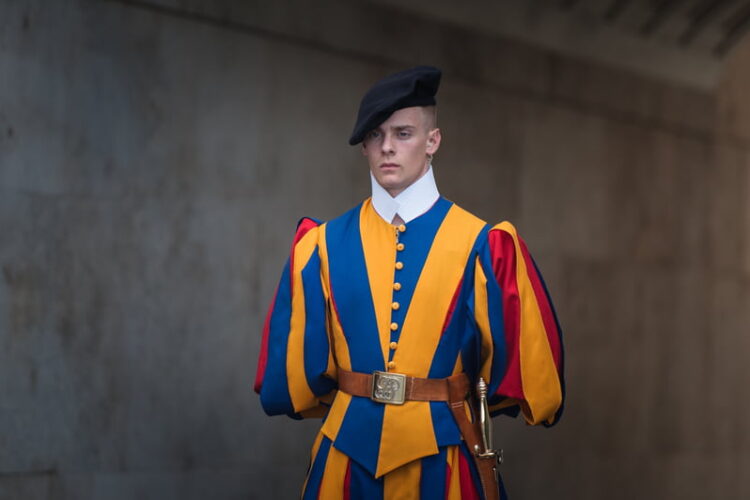 The Pontifical Swiss Guard of the Holy See stationed at the Vatican in Rome will be redeployed to assist in the battle against Islamic State militants, but will not be involved in combat, the Rome-based daily Il Messagero reported on Wednesday.

“Our Teutonic mercenaries were cramping this Argentinian Pope’s style,” noted Mathias Fluck, a young guardsman. “In the Philippines, the Bishop of Rome made us stop the entire caravan, in the middle of a crowd of about six million hungry Catholics, so he could hop on the roof of the holy hatchback and sing ‘We Are All God’s Children’ with [Filipina singer] Jamie Rivera. Try providing a security detail for that!” the Swiss soldier sighed.

Instead of dismissing the 100-strong Swiss Guard, Pope Francis has chosen to transfer most of the troops to Iraq, where they will be providing logistical assistance for humanitarian purposes.

“We’re dead,” predicted guardsmen Fluck. “I mean look at us: a bunch of pale blonds dressed in striped blue, red and gold uniforms doling out gruel at a Fallujah field kitchen to thousands of fleeing Iraqis. I must admit I was not a God fearing man until I landed here in the seventh ring of hell. Now, I’m constantly sending up prayers to Jesus, my Lord and Savior, and The Pope, my former employer. The desert at night is a cold, hard bitch. That old, battered Bible is every bit as comforting as a warm, young Italian prostitute,” Fluck concluded. 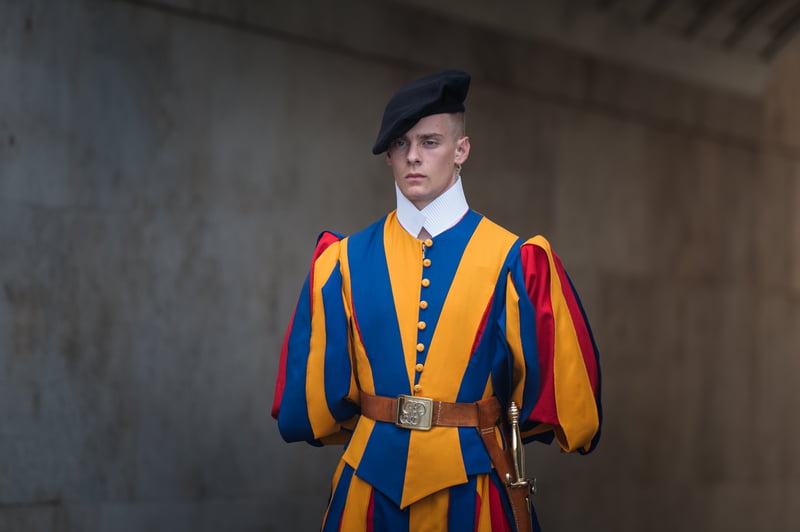