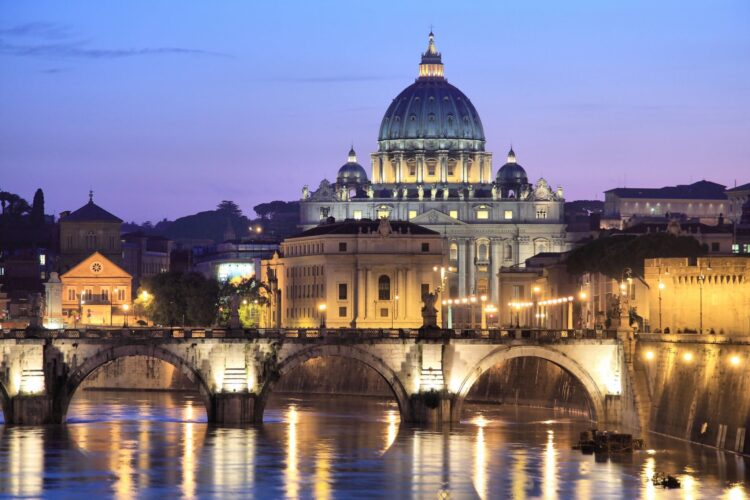 A Holy See ambassador issued a stinging rebuke of the Israeli missile strikes on military training facilities in the Gaza Strip that were launched in response to an earlier firing of four rockets into Israel this week.

“Our Jewish brothers in Israel have aligned themselves with the Prince of this World, Satan. As Palestinian boys and girls slept, warplanes unleashed hell from above. We suspect that the devil, in the guise of a nagging, obnoxious, and out of control wife, temporarily drove Prime Minister Netanyahu out of his mind.” Archbishop Dino Bono, Deputy Minister of Foreign Affairs for the State of Palestine, said on Thursday.

While the Vatican’s representative in Palestine heaped scorn on the Israeli leadership, he referred to Hamas head honcho, Khaled Mashal as “a good shepherd who is willing to lay down his life for his sheep. And is it just me, or is he a dead ringer for former Sexiest Man Alive winner George Clooney?”

Showing his support for a resolution to the Arab-Israeli conflict, Archbishop Bono sent gifts to both Netanyahu and Mashal.

The Israeli premier received an ‘I’ve often wanted to drown my troubles, but I can’t get my wife to go swimming.’ t-shirt while the Hamas chief was given an ‘I’m having a bad day, can someone hold me’ coffee mug.