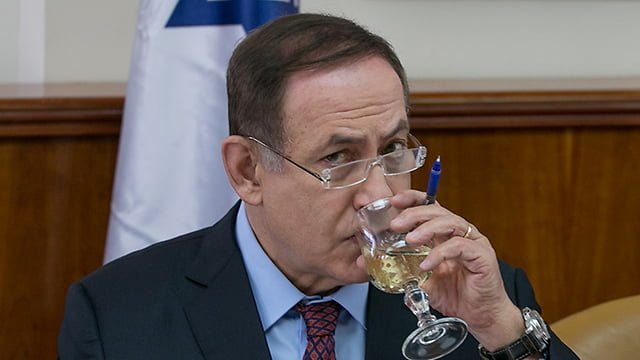 Israel’s Prime Minister, Benjamin “Bibi” Netanyahu has shocked the world by dying his hair to one of the other 50 shades of gray, and it has apparently sent his approval ratings through the roof – especially with sexually deprived housewives.  An avid Bibi hater admitted, “I ran into this nice guy, who was really smart and had great ideas about the future of Israel… I didn’t even recognize that it was the same guy that I have despised and ridiculed for a decade.  I just hated him so much, I never actually listened to anything he said before.”

A spokesperson for Bibi stated, “After the dye job, he looked at least a year younger and this really helped with his connection to the millennials.”  Studies have confirmed that the new look is changing people’s long held beliefs regarding the Prime Minister.  “He used to be an old, outdated grouch and now he’s a young and vibrant leader.”

President Trump’s team has taken notice and is hopeful that this may be the solution to his nose-diving approval ratings.  Delusionally unaware that his ratings are rapidly falling, Trump initially saw no need to follow suit.  But his staff was able to talk him into it with promises that it will benefit his personal affairs.  When asked for comment, he stated, “This is brilliant. Really smart. People love me, imagine how much more they will love me when I am younger.  It’s going to be great. I will be younger than anyone. I will be the youngest President. Nobody can do young better than me!”