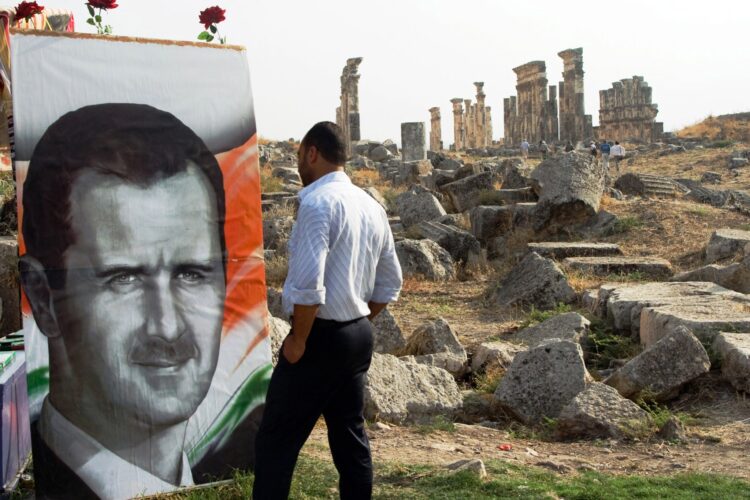 A devastating civil war is wreaking havoc on Syrian President Bashar al-Assad’s immune system, forcing him to suspend his campaign to wipe out any possibility of democracy and seek urgent medical care.

“It began with the occasional dizzy spell when government helicopters were dropping barrel bombs on schools, hospitals, old age homes and other critical military targets. But nowadays, he can’t even drive by a mass grave without blowing chunks,” the Syrian leader’s personal physician Dr. Amir Samir Bin Toma told the BBC.

Recently, Assad had a massive coughing fit in the middle of an important speech to his military high command. At the time, the Syrian leader laughed off the attack, saying that “This happens every time I think about Kurdish independence.”

However, the next day a video clip that circulated feverishly on Twitter showed “our leader collapsing at a gala dinner honoring the inquisition squads that operate our torture chambers. That’s when I understood that Assad needed much more than a blow job from a Russian hooker and a good night’s sleep,” Bin Toma added.

With a tenuous ceasefire in place, Assad is seeking secret medical treatment somewhere outside Syria, the only country on earth that doesn’t have a single functioning hospital.

A spokesman for the Syrian Ministry of Information vehemently denied a rumor that President Assad was exhibiting symptoms of a ‘guilty continence’.

“Come on, conscience is a myth invented by Jews: about as real as Winnie the Pooh, Big Foot or human rights,” he asserted.