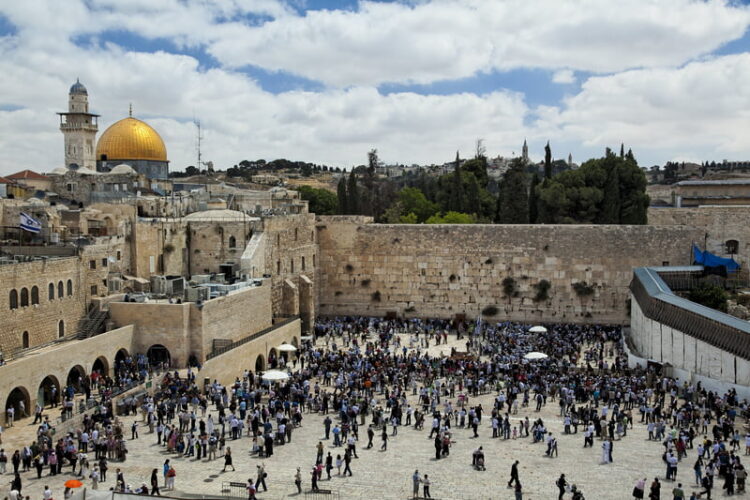 While violent protests continue to flare up on the Temple Mount, 20 metres below in the Western Wall Tunnels, a secret group of Jews and Palestinians are engaging in late night candle lit tantric sex rites, while all of the really angry people are fast asleep.

Emanuel Metuach, the controversial leader of the group, explained in an ecstatic voice; “Here we are uniting Jehova and Allah, into Jehovallah, and this is the name we call out when we climax, though not too loudly, as we mustn’t alert the security guards. You see, just like the High Priest in the first Temple would make love to the priestess in the Holy of Holies, we also are merging male and female sexual energy in this sacred place, and not just to get the dome of our rocks off, but to heal ourselves and our peoples.”

The Temple Mount is said by many to be where God’s presence is manifested more than anywhere else, and it is where Jews believe God took dust from the ground to make Adam, and where Muslims believe Abraham had his filicidal meltdown.