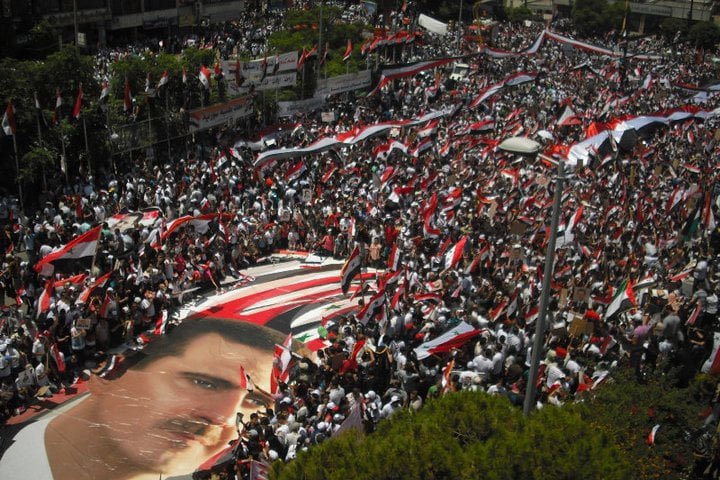 “We’re dead, baby. Our funeral will be bigger than Princess Diana’s. We’ve booked Elton John and George Michael who will be duetting, ‘Don’t Let The Sun Go Down on Me’,” the Syrian strongman tweeted before deleting his country’s official Twitter account. “Those two may be gayer than the day is long, but the duetted song is just so befitting.”

In his final Facebook post, Assad wrote, “I lost Syria, but gained so much more. Fake friends are like shadows. They follow you in the sun but leave you in the dark. Got that from a fortune cookie at the Genghis Cohen Chinese restaurant down the street, well before we gassed it. I just wanna pass a shout-out to ma homies. Putin, you’re my boo! Rouhani, I got your back! Oh, crap. Gotta make tracks: ISIS just barged through the front door. Those animals never knock. Thanks for the memories. Bashar…out!”

RELATED: Assad Blows up Palmyra Just to Fuck with ISIS

ISIS leader Abu Bakr al-Baghdadi sought to dampen fears that Assad’s ouster will lead to the violent disintegration of Syria:

“Assad’s such a fucking drama queen. Syria isn’t going anywhere. We have big plans for this corner of our empire. How does World Cup 2026 sound? Of course, instead of regulation footballs, the best players in the world will have the unique opportunity to kick the severed heads of sorcerers, Yazidis, Christians, American journalists and tax attorneys.”