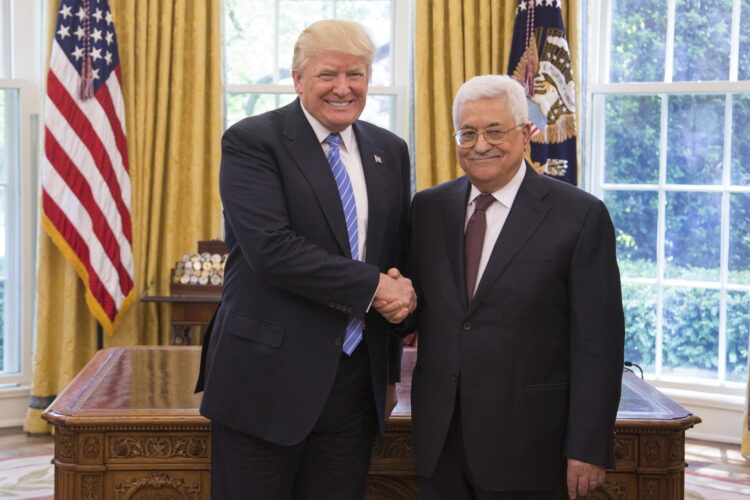 Mahmoud Abbas, the 15-year unofficial, unelected President of the State of Palestine, spoke to The Mideast Beast. “I am worried about the toxic intifada atmosphere in America. I can totally relate to people who dream about blowing up Trump Tower and moving the US Jerusalem Embassy debris to the Mediterranean Sea. However, that is not how we civilized Middle Eastern grown-up tribes behave. Time has come for the rival tribes of Democrats and Republicans to bury the hatchet and save the machetes for rainy days.”

Prime Minister Benjamin Netanyahu shared his coexistence experience. “You can support Americans without backing a god forbid future-socialist-Islamist-self-hating Jew-Bernie Sanders government. Because of Bernie, I spend much of my time explaining to my American friends that Judaism and socialism are not twins. After being unilaterally annexed by my dominating wife, I have realized that special ops and annexations are not necessarily the answers to all pre-election and legal challenges.”

Abbas credits the comedy film ‘Anger Management’ for embracing a temporary ceasefire with the ‘racist Zionist lizard people.’ “Being forced to sing ‘Goosfraba’ in couples therapy with Netanyahu, made me realize that Jack Nicholson is a more urgent target of my ‘Day of Rage’ talents than the Jews.”

Abbas and Netanyahu had an important message to the divided American people.

“Coexisting with a neighbor who wants you to disappear is fairly easy. You just need to decide who will live on the top floor and who will live in the Ocean basement.”