Netanyahu Convenes Rabbinic Conclave to Declare Him ‘Pope of the Jews’ 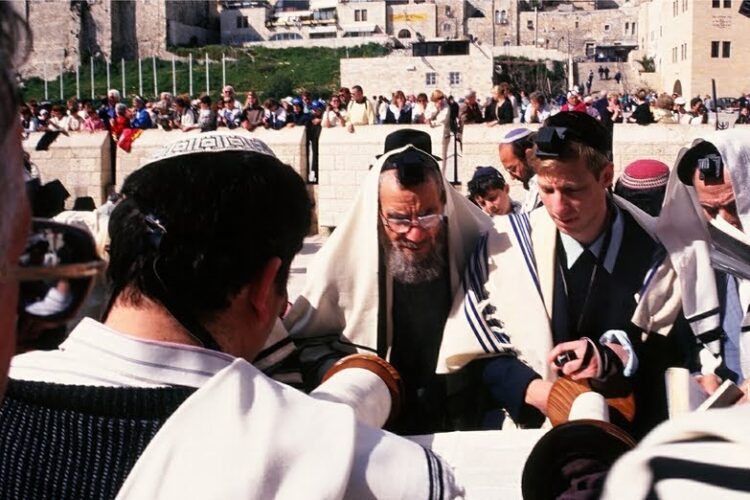 Worried about his status as spokesperson for world Jewry, the Prime Minister’s office today announced that Bibi Netanyahu will summon a ‘rabbinic conclave’ to declare the Prime Minister ‘Pope of the Jews.’ Speaking to TID off the record, a close aide explained Netanyahu’s thinking. “At first Bibi was just going to have the rabbis make him high priest, but he worried that that title just doesn’t carry the kind of weight it did in the good old days. But folks know popes. They understand popes. And this is most important – and I am quoting the PM here – ‘they know to treat a pope with some goddamn respect. ‘”

While the declaration of a Jewish pontiff would be unprecedented – excepting Saint Peter, of course – sources tell TID that Netanyahu expects the conclave to go smoothly. “Bibi knows how to ‘talk’ to rabbis. On the RSVP card he included a ‘request for suggestions.’ Most just filled in dollar amounts. A few made more exotic requests like bringing back stoning Sabbath desecrators or making women the property of their oldest male relative until title transfers to the husband. Really, nothing we can’t handle.”

Apparently Netanyahu’s biggest issue was searching the internet for a place to order papal regalia in his size, especially a hat. Still, he was wasting no time getting down to the important work of pontiffing. Sources say that his early directives will include: excommunicating any Jew with the surname Herzog and exempting Pope Bibi I from any and all established ethical rules, as he will be “answerable only to the All-mighty and his wife – that being the Pope’s wife, not the All-mighty’s.”