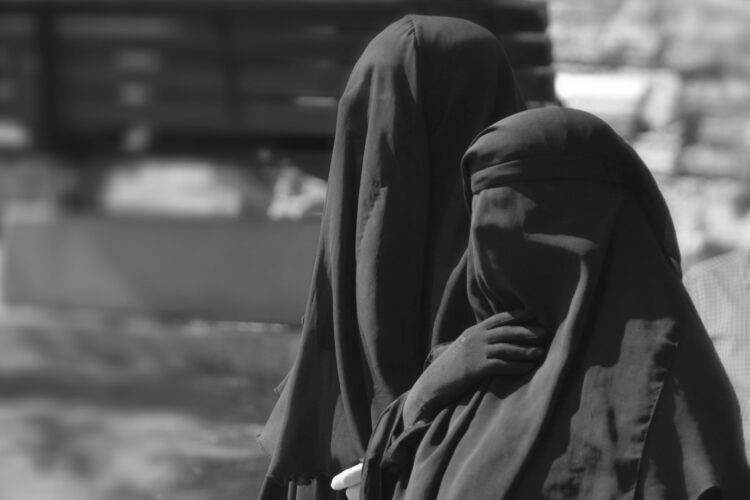 In a recent public statement, U.S. Secretary of Defense Ashton B. Carter announced that new intelligence reports indicate that there are in fact human women underneath burqas in Afghanistan.

“This comes as a great surprise to us,” said Secretary Carter. “Our on-the-ground operatives in the Islamic Republic of Afghanistan have, up until this point, been unaware of the true nature of the apparatuses—uh, I mean women.”

What were once thought to be ghost-like mobile baby-preserving generators that wander the desert in search of fuel have been exposed as female Homo sapiens. While most anthropological publications on the subject support the theory that burqas have served to conceal reproductive machinery, this is refuted by new research showing that babies in the Middle East are most likely created through human intercourse.

Medical anthropologist John Baddens confirms in a study with a Stanford research team the extreme likelihood that beneath burqas are anatomically modern female humans. He notes that specimens’ erect posture and bipedal locomotion are indeed characteristic of the human species, though their brain complexity is still being ascertained through laboratory testing.

When asked about the significance of these findings for U.S.-Afghanistan relations, U.S. Ambassador to Afghanistan Michael McKinley expressed doubts. “Whenever women come into the picture, we see massive social inequality, which is factor in political instability. I doubt the government in Afghanistan is going to be willing to put up with them, like provide for tampons and whatnot.”