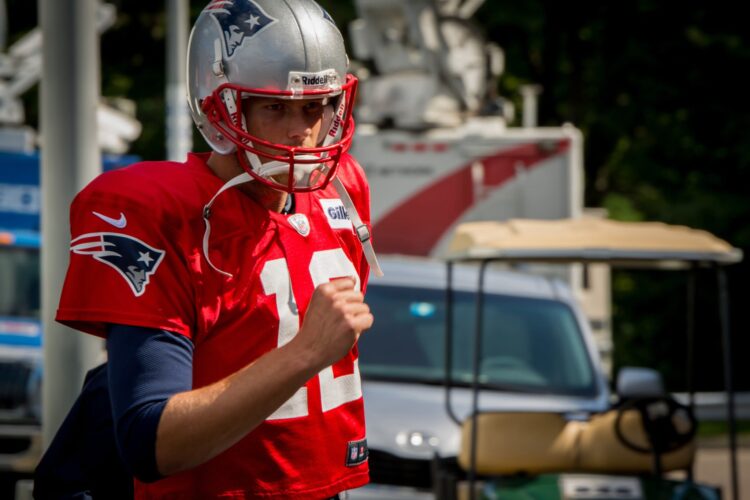 Stressed out Sunni volunteer fighters were reassured by NFL superstar Tom Brady that “Me, the entire New England Patriots organization and my delicious Brazilian fashion model wife are confident that you’ll bring your A-game whenever ISIS comes to play,” during a graduation ceremony at Anbar Province’s Al-Taqaddum Air Base.

“”I told Brady that what we really need is less jawing and more weapons. Right now, I’m armed to the teeth with rubber bands, glue and a staple gun. But who needs an AK-47 assault rifle when you have an official New England Patriots cap? At least my head will be nice and cool before it’s lobbed off,” said Hamdi Salami, a young man in his early twenties.

“Brady’s got a gun for an arm and shit for brains. And say what you will about Team ISIS: we always play by the rules. Sure, our playbook includes killings, torture, rape and sexual slavery, but at least we don’t sneak into opponents’ camps and mess with their hardware before going on a rampage. Brady and his deflated balls should sit out our Super Bowl championship game against Western civilization,” the ISIS head coach asserted.