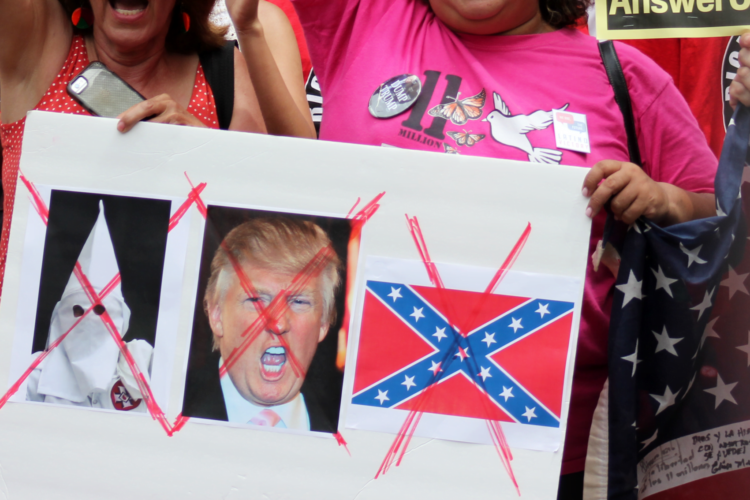 A placard held by anti-Trump onlookers at yesterday’s event. (Photo by Elvert Barnes via Flickr bit.ly/1QHBy17)

Among the dozens of other configurations were the gay “Hummus-Squirting Burritos Against Racism” and the clear crowd favorite, the “Patriotic Pussy Posse,” featuring hundreds of Muslim and Latina women shaving American flags into their brunette pubic bushes.

Cheering from the sidelines (fully clothed) was none other than ex-Trump admirer Mohammed Ali, flanked on either side by the U.S. Supreme Court’s first Hispanic justice, Sonia Sotomayor, and top Clinton aide Huma Abedin, who told the Mideast Beast that she “came to offer Hillary’s full-throated support.” 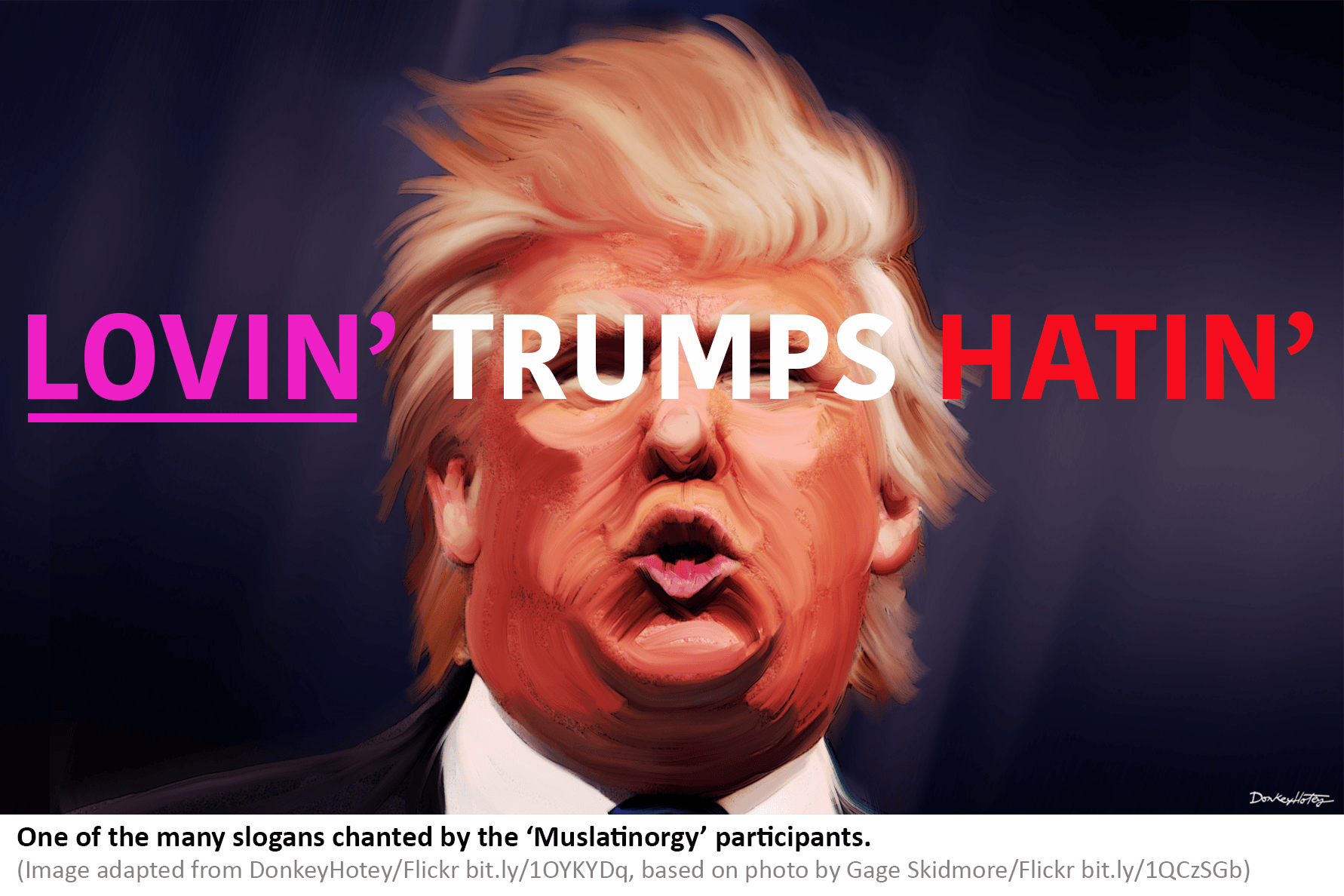 In contrast to the orgy’s Jerusalem precursor – which ended in hundreds of arrests – the NYPD declined to detain the participants. As NYC Mayor Bill de Blasio – who Trump recently called “the worst mayor in the U.S.” – later said: “While lewd conduct is ordinarily a punishable offense, Herr Trump sure earned the honor of having his headquarters’ entrance drenched with the love juices of liberty-loving immigrants and their seed. Indeed, the only people who should be ashamed of themselves are Fascist Trump and Co – though the city will of course pay for the high-pressure hoses needed for the extensive cleanup.”