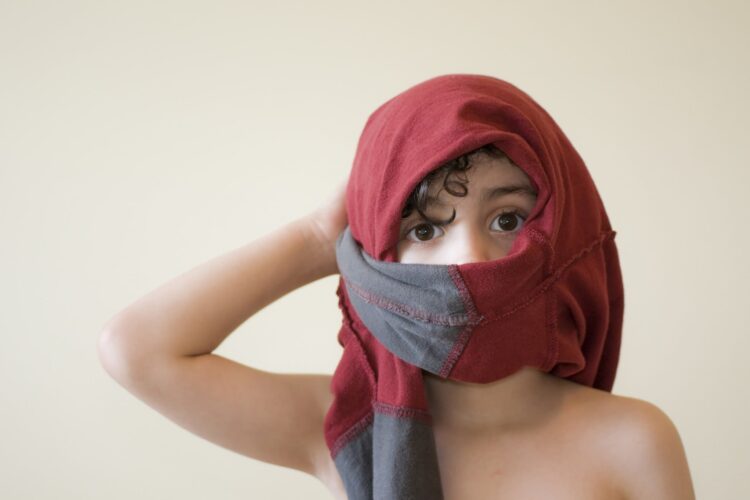 Pretty sure this is not the 'terror child'

PETA outrage grows over junior Jihad’s beheading of loveable plush teddy. “This savage, brutal assault is nothing new for these throwbacks. Too bad the little prick didn’t transgender himself with that blade,” noted an angry PETA Panda bear .

The newly released chilling video shows an Islamic State punk-ass toddler, identified as the son of a jihadi; maxed-out in militant garb, as he runs into a room with a six-inch knife; the little shit then goes to work on a white and red plush teddy happily sawing away at its throat and enjoying the cutting action.

A cliché ISIS flag hangs on a wall in the background as the mandatory ALLAHU AKBAR is shouted off screen. Very original, pops.

Meanwhile, at a Crown Heights Jewish day school, in the New York City borough of Brooklyn, a group of toddlers were busy with their own play agendas.

Future cosmetic and plastic surgeon, Meir Jacobs age two and a half, added breast-implants with a simple breast augmentation procedure to his sister’s Barbie® Fashionista® Doll.

As last reported, the patients are resting comfortably.