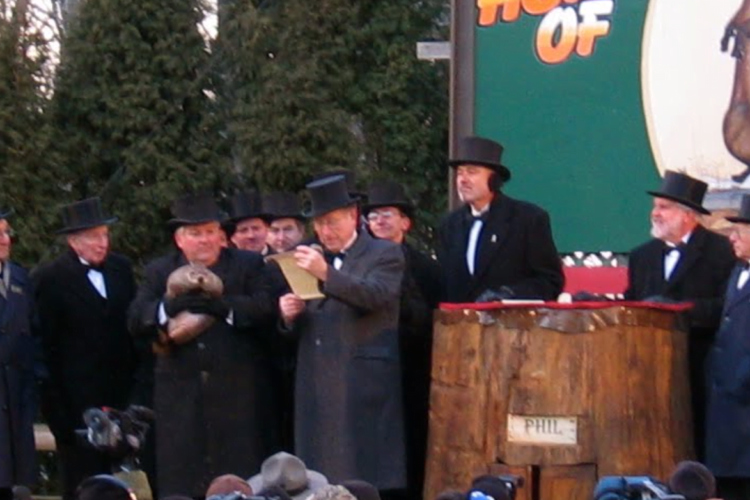 An ISIS sleeper cell, located in Pennsylvania, has released a video threatening to behead Punxsutawney Phil, the famed groundhog, for its recent regional prediction: six more weeks of winter.

“In the name of Allah, it’s butt-ass cold in Pennsylvania!” said one ISIS member that was willing to speak with The Mideast Beast. When our handlers prepared for us to live in the U.S. we weren’t warned about the weather; come on, we’re Middle Eastern! Back in Iraq and Syria my scimitar-swing was unmatchable. Here, the cold is slowing my swing-speed and my hands stick to the grip. I tried gloves but anyone who knows anything understands that to properly lob off a melon, you’ve got to be barehanded; it just gives it that authentic feel, it’s an art really.”

“And here we are, in the land of the Great Satan, freezing our asses off and it’s insanely boring in Pennsylvania. So we’re watching television while waiting for the ‘green light’ call, and we hear about this ‘Groundhog Day’, which we totally thought was just some Hollywood flick. Turns out, this shit is real. That little fucker, Phil, makes his way above ground and all of a sudden, six more weeks of winter. No group vote was even needed: Boom, Phil gets beheaded!”

The good news for Phil is that he’ll never be found, as ISIS members are using Apple Maps to try and locate him.