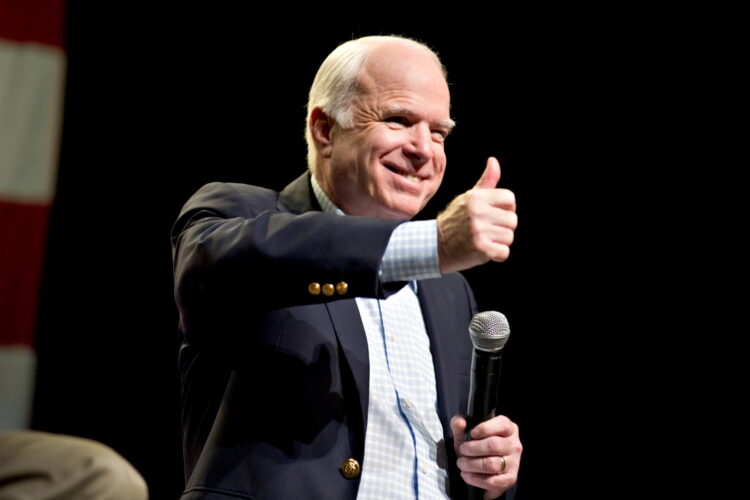 ISIS leader Abu Bakr al-Baghdadi has responded to allegations made by Senator John McCain that President Obama was directly responsible for the attack on the Pulse nightclub in Orlando. “Obama? No, the real hero that inspired the slaughter of 49 gay crusader infidels is none other than John McCain. His hatred of everything we represent is intoxicating. I confess to having a bit of a man-crush on the senior Senator from Arizona. He is the wind beneath my wings,” al-Baghdadi said.

When asked to elaborate, the head of the jihadist militant organization observed; “If our caliphate ever receives worldwide acceptance, we’re doomed. We thrive on instilling horror, fear, and heartbreak. The millennials eat it up. Grumpy old men like McCain are better than any execution video. Every time he speaks out against us, our membership spikes. It’s like having your dad forbidding you from seeing the bad boy from the wrong side of the tracks”

Surprisingly, al-Baghdadi also praised President Obama. “Homeboy made me stop and really think about the issue of gun control. And he’s right: there is absolutely no reason for the disbelievers to have guns. In fact, gun possession by American imperialist overlords only makes it that much more difficult for us to deliver our other Ramadan gifts,” the ISIS leader noted.