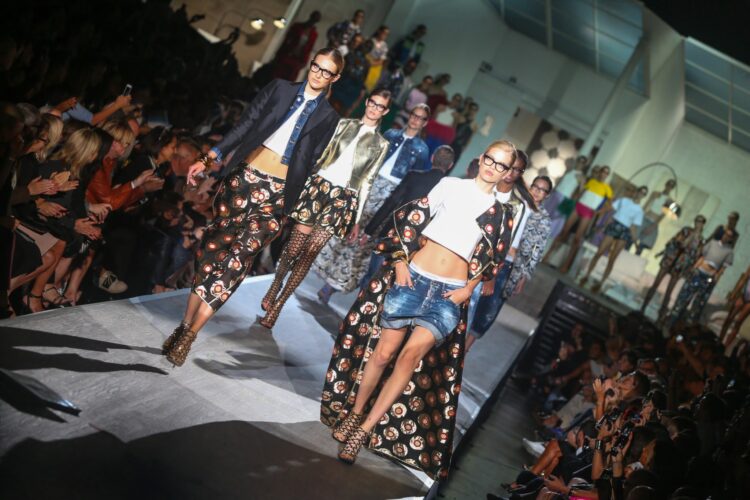 Following an alleged Israeli attack that killed five members of Hezbollah operating out of Syria, dozens of the Islamist militant group’s senior members have reportedly fled to this season’s catwalks at Milan Fashion Week 2015.

Jalal Jaffer, a high ranking Hezbollah operative, photobombed a selfie taken by Paris Hilton with rapper Snoop Dogg backstage at the Philipp Plein show. “His first collection of vintage military jackets, which he embroidered with Swarovski skulls, inspired me to quit my online tutoring job and become a ferocious guerrilla fighter,” a noticeably emotional Jaffer reminisced while sipping a Lemon Drop Martini.

“‘Not Gon’ Cry’ got me through some long, lonely nights,” McQueen quietly explained as Blige belted out U2’s ‘One.’ “After my wife up and left me for some hot shot Imam and moved to Damascus, Ms Blige’s effortless blending of hip hop and R&B was like a balm for my wounded Jihadi soul.”

In a related development, the IDF Special Forces unit that executed the alleged air strike against Hezbollah was sighted on January 22 operating an Ahava Dead Sea Laboratories booth outside the annual Camel Wrestling Championship in Selçuk, Turkey.