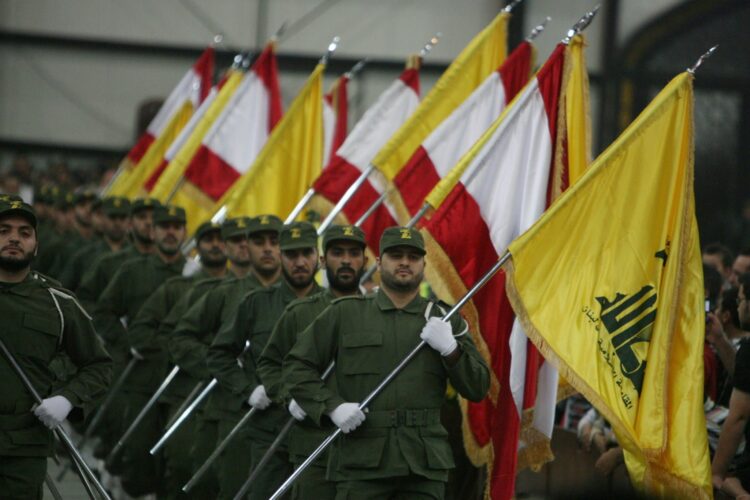 By khamenei.ir - http://english.khamenei.ir/news/5127/Hezbollah-proved-it-s-obliged-to-Islam-s-humanitarian-rules-in, CC BY 4.0, https://commons.wikimedia.org/w/index.php?curid=65505222

Hezbollah leader Hassan Nasrallah has ruled that 72 virgins is dangerously crowded for its suicide bombers, leaving many potential martyrs feeling cheated. Nasrallah’s decision comes after he and other senior Hezbollah leaders reportedly contracted the coronavirus.

Nasrallah spoke to The Mideast Beast from his subterranean quarantine Beirut bunker. “As Hezbollah’s leader, my main responsibility is to preserve a safe afterlife for our virile martyr operatives. Gatherings of more than 50 virgins is not considered safe”.

Ali al-Shahidi, a disillusioned 24-year old aspiring martyr strongly disagreed with Nasrallah. “I have been loyally fighting for the Shiite Caliphate against Western imperialists and kikey Zionist dogs since my ‘shit on all infidels’ diapers got too tight for a bomb belt. I am therefore entitled to some testosterone-satisfying fringe benefits for all the years of loyal and frustratingly lonely Jihad service. I feel cheated.”

Unfortunately, Tinder’s CEO was unavailable for an interview due to a painfully protracted double date in China’s corona capital Wuhan.

However, Tinder’s Middle East director Mohammed al-Shahab told The Mideast Beast: “At a time when many singles embrace chastity due to fear of premature virus-stimulated afterlife, Tinder is proud to offer happy afterlife-ending solutions to hard-working lone Islamic wolves.”