Doctors: Iranian Leader Will Not Exist in the Next 25 Years 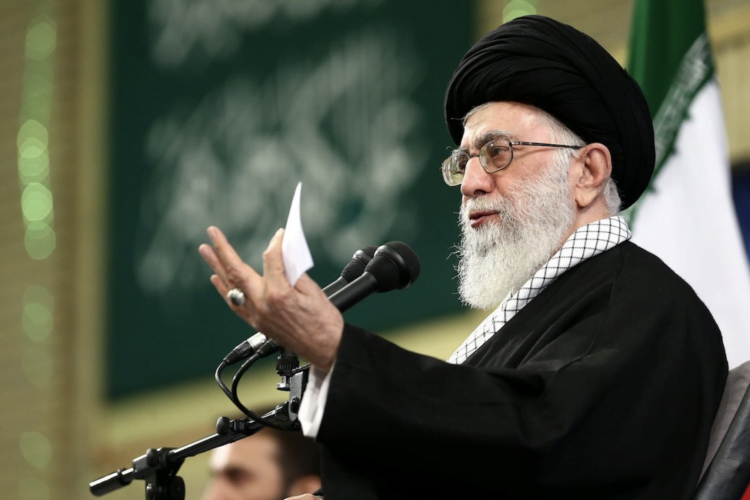 In response to the Iranian leader Ayatollah Ali Khamenei’s most recent Twitter tirade – basically an ongoing dialog with himself that Israel won’t survive the next twenty-five years, doctors at Israel’s Mt. Masada Hospital have determined the Supreme Leader, who is 76 years old, won’t live to be 101.

“Those next twenty-five years he speaks of aren‘t going to be kind to him,” a specialist on aging told TMB. “They are going to be a bitch. For the sake of argument, if he survives the next quarter century and lives to be 101, what quality of life will it be? Nothing takes the vim and vigor out of an elderly man’s step like a steaming load in his shorts.”

Dr. Shlomo Aorta, head of cardiology at Mt. Masada was more clinical in his remarks, “When a person is consumed by hate, it leads to stress, hypertension, depression, possible stroke or heart attack. Not healthy, for an angry man his age and in his weak condition, but let him carry on with his rants.”

Heath and nutrition guru Professor Rip Van Winklestein age 105, has a course of therapy for living long and knows how to take the edge off, “Get plenty of sleep; meditation; take it easy; relax with family and friends; laughter and anger management.”

The spry centenarian noted, “The bad karma and negative energy will no doubt do the old guy in. Don’t take my word for it, I’m only a Zionist, but that’s the fact, Jack”.

My advice, “calm down and rub one out from time to time.”