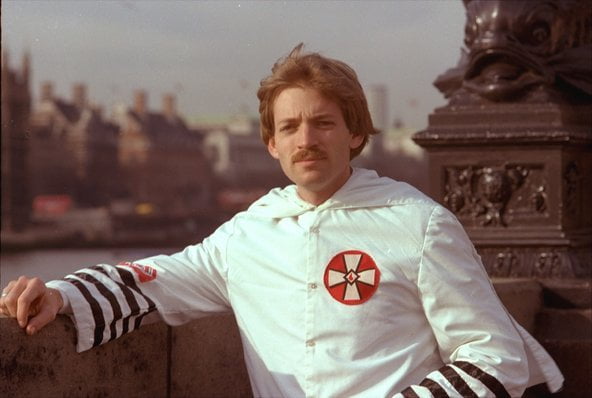 Believing he was interviewed by the KKK’s Gaza office, Duke spoke to The Mideast Beast.

“I know racism when I see it. My suntanned brother Louie, who survived countless microaggressions by bigoted Zionist termites, is now a victim of Twitter’s white supremacism. It breaks my white heart.”

Farrakhan who believed he was interviewed by Ilhan Omar’s Jihad-trainee cousin shared his frustration with The Mideast Beast: “The Tel Aviv Synagogue of Bikini Satan is once again taunting me through its racist Twitter proxy. Banning me from a social platform? I have not said one word of hate since breakfast. I do not hate termite-free accidental Jews like Bernie Sanders. I am not a misogynist or homophobe. I believe in equality for every infidel under Islam’s benevolently supremacist boots.”

Duke and Farrakhan who co-founded the new anti-racist project “Ebony and Ivory”, pleaded to The Mideast Beast readers. “Bigots always seek to silence outspoken critics like us today and Hitler and Saddam Hussein yesterday. Be open-minded and don’t judge us by the color of our political skin.”