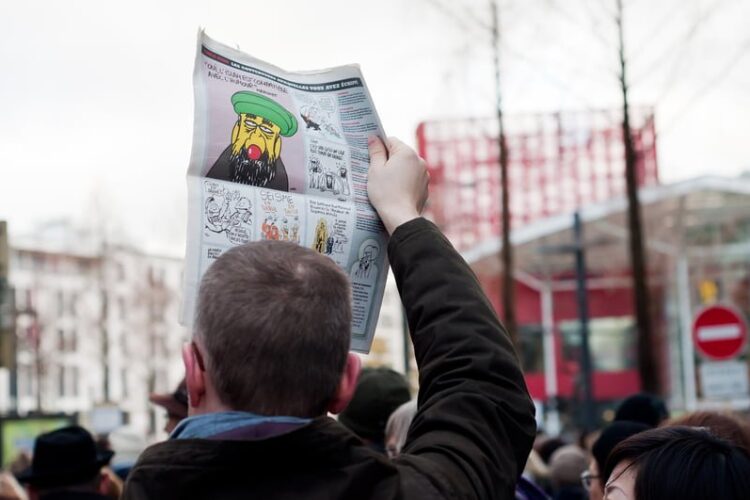 Muslim leaders and politicians called on cartoonists to condemn the rioters. “If satirical cartoonists wish to live in Britain, they must integrate into British civilization,” declared Prime Minister David Cameron, a tight ass and prime target for satire. Several commentators thought this issue arises in a troubling time for Cameron, as the backlash against immigration among many groups, including satirical cartoonists, is sure to be an issue in upcoming elections.

Leading cartoonists were quick to point out that the rioters represented an extremist minority. “You can’t paint all cartoonists with a single brush,” said Garfield’s creator Jim Davis in a statement. “Most cartoonists, even satirical cartoonists, are committed to peace and coexistence. To be honest, most of us have trouble getting out of bed before noon.”

Doonesbury’s Garry Trudeau urged that these events be seen in context. “Of course the violence is terrible, but can we really be surprised when satirical cartoonists rise up to demand that they be treated with respect? Never mind the terrorist attacks, do you have any idea what the decline of newspapers means to our people? The internet is just killing us. Well not literally…”

Dilbert Illustrator Scott Adams took a harder line. “Yes, violence is terrible, but we must address the root cause. Maybe get these guys some coffee. Maybe more sharp pencils.”

ISIS illustrator, Wadda Ibn Drinkin, rejected these excuses. “The fault here lies with satirical cartoonists alone. Next issue, Captain Jihad is going to fly over to Europe and fuck them up but good.” 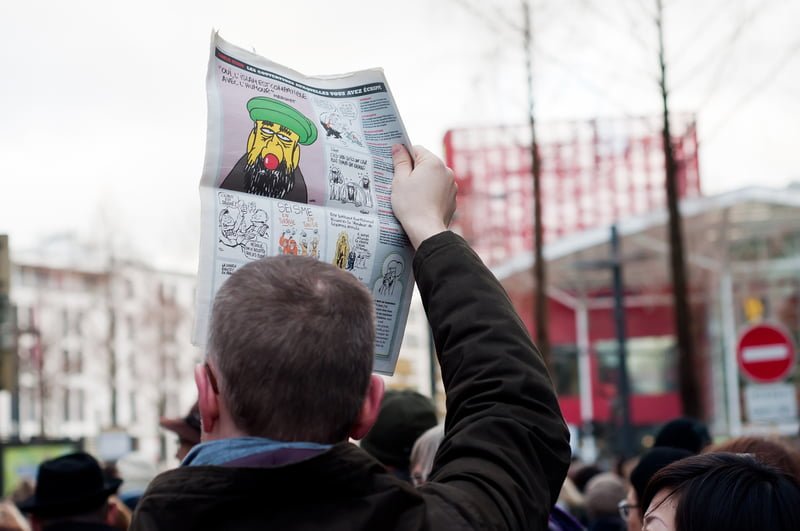