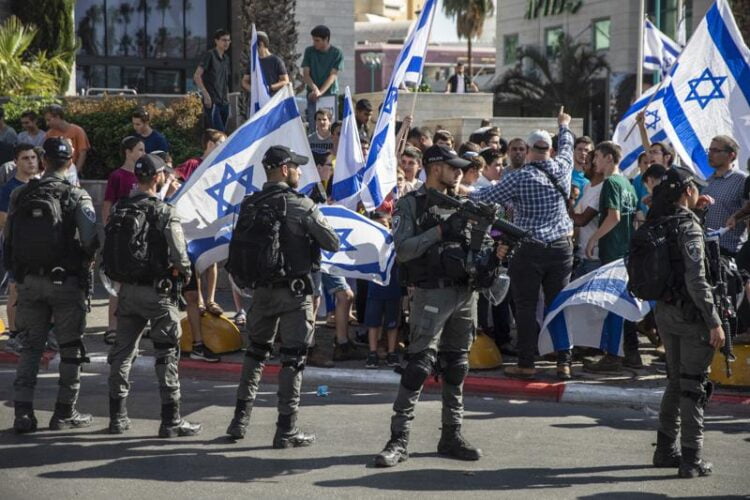 Facing the end of his political career, Israeli Prime Minister Benjamin “Bibi” Netanyahu told his supporters “We will never give up, we will never concede. We will break through the Temple Mount and storm Israel’s capitol, Jerusalem.”

Netanyahu reluctantly agreed to speak to The Mideast Beast after he was convinced that the reputable satirical site is somehow loosely affiliated with Jared Kushner’s more intelligent secret twin.

“You don’t concede when there is theft involved. Who needs the whining Israeli anti-Bibi puppet parliament when you can enjoy free champagne and expensive cigars in the company of the world’s rich and famous? I mentored my friend Donald, you know the funny guy with the unruly bird nest on his head during the popular White House Apprentice soap opera.”

“We don’t want to see our election victory stolen by emboldened radical leftists like Naftali Bennett and the fake news media. I know our country and even my wife Sarah has had enough of me, but I won if we disregard the majority that opposes me. I, and the Oath Keepers, will not take it anymore. If necessary, we will bust right through the Temple Mount in an epic 2021 storming of the capitol. Even Third World banana republics like the United States have more honest elections than what we’ve been going through for the past four inconclusive elections.”

Netanyahu concluded by speculating about his eventual post-political retirement.

“With my brains, my over-70s Gap model looks, Donald Trump’s money, and our colleague Putin’s creative electioneering capabilities, the sky’s the limit.”