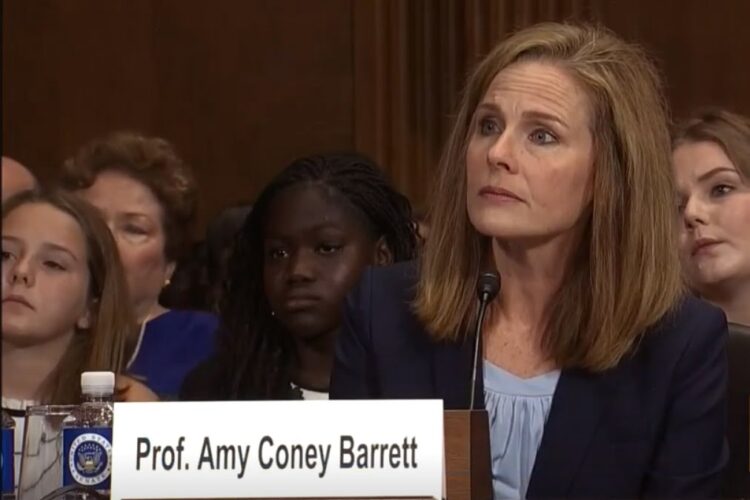 Republicans’ path to confirming Amy Coney Barrett to the US Supreme Court hit a major snag on Wednesday when the US Court of Appeals judge refused to say whether chocolate-flavored hummus is unconstitutional.

Barrett, who appeared headed to an easy confirmation, stumbled over a question from Hawaii Senator Mazie Hirono. Hirono asked Barrett whether she has ever purchased chocolate hummus, eaten it, or served the dip at a party. When Barrett said she had not, Hirono asked whether doing so would violate the constitution.

“Well, I am not really an expert on this matter, and I certainly don’t condone anyone eating this product,” Coney said. “I will say that my job as a judge is to interpret the constitution as it is written and not how I wish it was written, and I am not sure that the founders ever directly confronted this issue.”

Her response drew audible gasps from the Senate chamber.

Even Republicans were stunned by her comments.

“What have I done?” Senator Lindsey Graham, who chairs the Senate Judiciary Committee, was seen asking himself. “Why didn’t I just wait until after the election?”

Polling showed a dramatic drop in support for Barrett’s confirmation, with Jewish and Arab-American voters nearly unanimous in their opposition. Even the Republican Jewish Coalition called on President Donald Trump to withdraw the nomination.