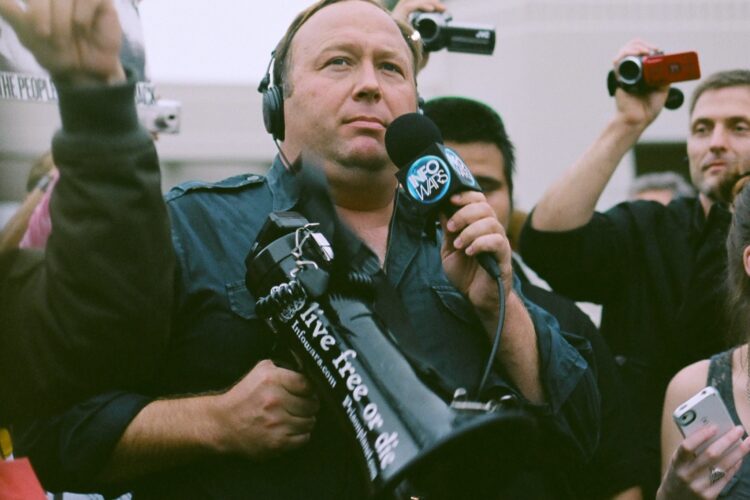 In a video posted to his website early this morning, Mr. Jones calmly and clearly explained his thoughts on being banned from Apple, YouTube, and Facebook. “In hindsight, I realize that claiming that the US Government’s secret ‘gay bomb’ was leaking and turning the fish gay, without providing real concrete evidence may have undermined the public’s trust in me. I also can see how my claim that Hillary Clinton was a ‘frickin’ interdimensional invader’ may have come across as unhinged.”

Mr. Jones went on to say, “I am truly remorseful that my labeling the dead children of Sandy Hook as crisis actors, and my fans harassing those families, caused emotional torment.”

“I am however wary of internet giants taking upon themselves a censoring role in our society, which has deep implications. And to be clear, I don’t mean that there is actually a communist plot to destroy America’s freedom.”

More recently, Mr. Jones also announced a venture into vegan food supplements, yoga seminars, and that he will “choose now to live as a gay man fighting for the rights of all his gay frog brothers and sisters.” 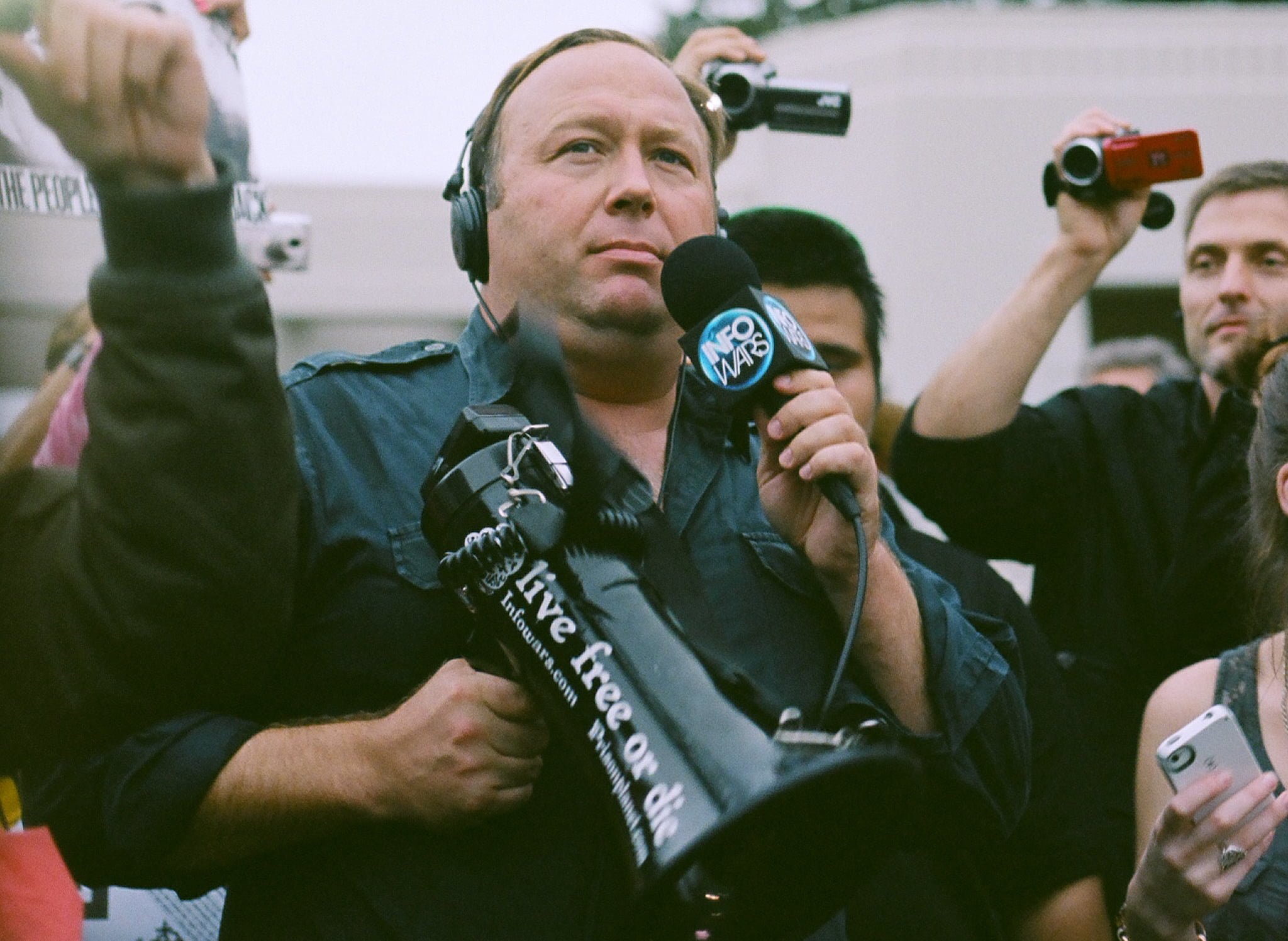