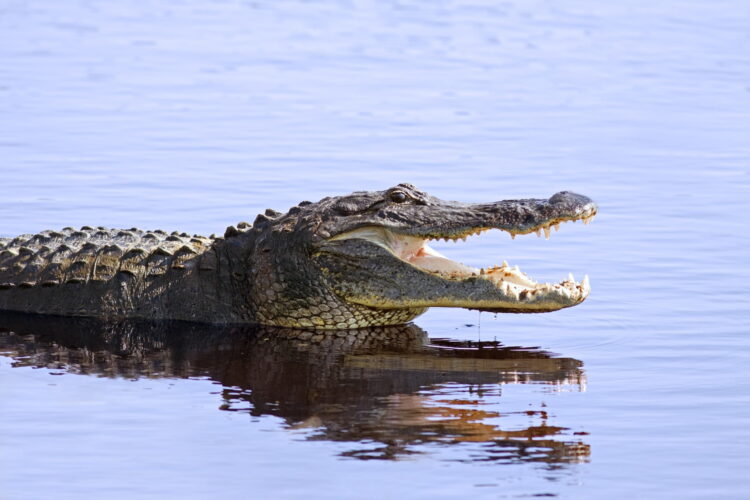 Presumptive GOP presidential nominee Donald Trump has vowed to ban “all Musligators” from U.S. waters after a 2-year-old boy was found dead near a Disney hotel in Florida Wednesday.

Taking to Twitter just minutes after officials confirmed the tragic death of the Nebraska child, who witnesses said was pulled into a lagoon on Tuesday night, Trump wrote: “A Christian alligator would never have committed such an inconceivable attack on our children! More proof that radical Islamic alligator-loving Obama hates America!!”

The comments come just days after Trump’s incendiary remarks in the wake of the deadliest shooting in American history, in which he reiterated his call for a ban on Muslim immigration to the U.S., and also insinuated that President Obama was complicit in the attack on an Orlando gay club that claimed 49 lives.

RELATED: Ghost of Donald Trump’s Mom: I Should’ve Had an Abortion

Later Wednesday, Trump told Fox News’ “Hannity” that the nation faced “a terrifying onslaught by bloodthirsty ISIS-affiliated terrorist Muslim alligators,” which, he claimed, only a “smart, tough and un-PC Trump Presidency can combat.”

“How much more proof do we need of Obama’s evil immigration policy?” the real estate mogul continued, before vowing to “make America’s waterways totally safe and Judeo-Christian again by deporting all – and I mean all ­– murderous Musligators to Mexico!”