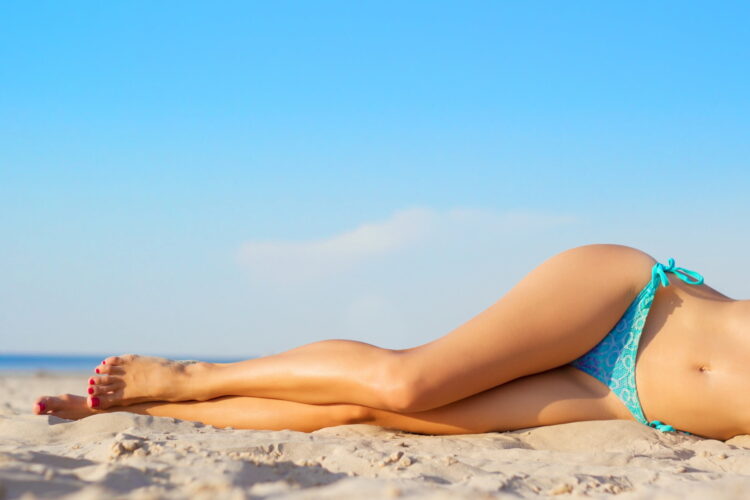 TEL AVIV – It’s summertime! The streets of Israel’s coastal metropolis were filled with boisterous revelers after the World Pubic Waxing Association announced that the city’s homegrown ‘Tel Avivian’ had officially surpassed the veteran ‘The Brazilian’ as the world’s most popular bikini wax style.

‘The Tel Avivian’ – with its iconic strip of interconnecting Star of Davids – was ranked first in a survey of over 500,000 pubic wax afficandos around the globe. Despite rising international anti-Israeli sentiment, the result has been attributed to the bikini wax style’s popularity among millions of evangelical Christians Zionists in the U.S., as well as among China’s middle class, who can’t seem to get enough of the ‘Startup Nation.’

Israel’s Foreign Ministry was quick to capitalize on the development, offering free ‘Tel Avivians’ at all its embassies and consulates. Outside the Israeli Consulate in Miami, 73-year-old Shirley Fishman said: “I’ve never felt so connected to my people. My husband Ira is in there getting one, too.”

Israel’s first lady, Sara Netanyahu, also got into the celebratory spirit: “Whether rightist or leftist, straight or gay, we can all be proud of this historic achievement,” she said, before flashing Israel’s Channel 2 News with her newly carved ‘Tel Avivian.’

The poll, however, was also greeted with consternation. “Us Israeli women have to put up with enough shit without having to carve Star of Davids on our genitalia”, said one disgruntled Tel Aviv feminist. “Call it the Afghani or the Saudi Arabian, but I refuse to displace even one single hair from my glorious vaginal fro!”

On the other side of the Green Line, the news was met with outrage: “This bikini wax style is actually a long-standing Palestinian tradition, passed down from generation to generation,” said the Palestinian Culture & National Heritage Minister. “Like with hummus, falafel and Jaffa oranges – not to mention ‘Israeli’ salad – this is yet another example of the Zionist policy of cultural genocide.” When asked by a reporter how, exactly, the ‘Tel Avivian’ could be an age-old Palestinian custom, given its multiple Star of Davids, the minister replied: “Actually, the Star of Daoud was originally an ancient Islamic symbol. Like everything else, the Jews stole it.”