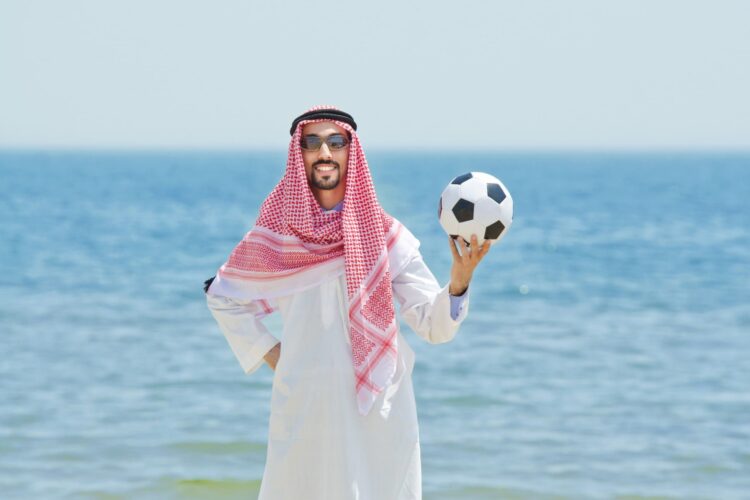 There’s one Middle Eastern nation that sees the chaos in the region, as well as the waves that Donald Trump has caused in the first two weeks of his administration as a massive plus: Qatar. Why? According to their leader Hamad Bin Khalifa al-Thani, “because just about everyone’s forgotten we’re hosting the world cup in five years.

The vote by FIFA, soccer’s governing body, awarded Qatar the right to host the World Cup in 2010, initially causing controversy on allegations of corruption in the voting, as well as outright ridiculousness of hosting an outdoor athletic tournament in a place that has been described by meteorologists as “hotter than a camel’s ballsack at high noon”.

The controversy and corruption investigations got swallowed up though in the gigantic cluster fuck that became the Middle East following the Arab Spring, the Syrian Civil War, the rise of ISIS, two wars in Gaza, and seven seasons of ‘Keeping Up with the Kardashians’.

When asked about the deaths of migrant workers as a result of working conditions that are described as ‘modern slavery’, al-Thani laughed, and said “dude, we’ve probably killed more people from third world countries building vagina shaped stadiums than the Jews have built houses in the West Bank, and the settlements still make the headlines! Allah bless the Jews for that.”